OakNorth: staying lean is key to success in fintech 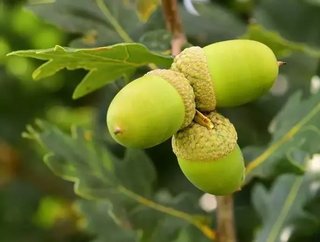 Last month, we caught up with OakNorth’s COO Amir Nooriala for an exclusive feature in FinTech Magazine. The bank had at that point lent £3bn and e...

Last month, we caught up with OakNorth’s COO Amir Nooriala for an exclusive feature in FinTech Magazine.

The bank had at that point lent £3bn and experienced significant growth, and Nooriala was keen to stress that retaining the attitude of a small business is proving vital.

The UK-based challenger bank launched in 2015 and provides business and property loans of between £500,000 and £45mn to help SMEs in the UK scale and grow.

While the bank has leveraged the latest technology to enhance its offering and has benefitted from $440mn investment in a funding round led by Japanese technology giant SoftBank’s Vision Fund, it has retained a lean mindset and, the COO highlights, hasn’t been tempted by unnecessary investments.

Instead, the company has maintained the mindset of a startup. “Businesses can get bloated. Having too much funding is a bad thing: it clouds your vision,” explains Nooriala. “Even though we were cashflow positive within 11 months of founding this business, it didn’t change our behaviour. Even with several hundred million from SoftBank, that still won’t change.

“Every decision will be made commercially – is there a business case? Is there a return on that money within a timeline we’re happy with?” OakNorth has gone from strength to strength including shooting to fame on the Martin Lewis Money Show, with more details in the full feature – but what advice did Nooriala leave businesses wishing to make their mark in the fintech space? “Act as if you have no money, even if you have money. It was that leanness that got you there in the first place.”

Read more about OakNorth in the April issue of FinTech Magazine.