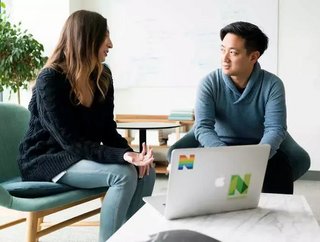 What does it take to turn an $800 investment into a $500mn company? Nerdwallet CEO and Founder Tim Chen told Money20/20. Great ideas are often borne of...

What does it take to turn an $800 investment into a $500mn company? Nerdwallet CEO and Founder Tim Chen told Money20/20.

Great ideas are often borne of necessity. That’s certainly true of the fintech sector, where the genesis of many of the most successful startups and innovators lies in an original and inventive solution to a particular problem. Tim Chen, founder and CEO of Nerdwallet, is a great example of this. The 35 year-old entrepreneur sprung upon the idea behind the US-based personal finance company in 2009 when, he says, he was “sitting around twiddling my thumbs” having lost his job as a result of the financial crash.

Chen’s story is particularly interesting, given the way in which Nerdwallet grew organically from a single spreadsheet for a family member to a successful fintech business that reaches some 100 million people and is worth in excess of $500mn. He took to the stage at last year’s Money20/20 show in Las Vegas to elaborate on this journey as part of a keynote speech titled How Nerdwallet Turned an $800 investment into a $500mn company.

Chen and Nerdwallet’s story began with an email from his sister, who was living in Australia at the time and, like many others facing a financial decision was having difficulty finding answers regarding her search for a credit card with lower foreign transaction fees. “Like all of us, my first instinct was ‘let me Google that for you’,” he told the audience. “Basically, I found a load of infomercials, a lot of marketing or promotional material and nothing close to actual real information.” And so he set about finding the answers himself. Prior to Nerdwallet Chen had been a financial analyst, experience that he put to use building out a spreadsheet over the course of a week or so that clearly identified the offers of a number of large banks and credit card companies. The spreadsheet, which broke down the various options, was then emailed back to his sister.

“I was using experience I already had, and it was fun,” he explained. “She found the information really helpful and from there it started to get circulated around other friends; I thought pretty quick that, if I’d done all this work and it was proving popular, why not just put it out there on the internet and let others access it.” The popularity of the data saw Chen realise the ‘shopability problem’ that existed in financial services: unless consumers actively seek professional financial advice it’s difficult to compare products or find readily available answers to what are often relatively straightforward problems.

“Most people don’t want to spend their weekends making a spreadsheet,” he told the Money20/20 audience, elaborating on the moment he saw the potential in Nerdwallet becoming something larger.  “I think by year two we had a pretty decent audience. It was still relatively small, but maybe 30,000 to 40,000 people per month were visiting to get the advice that they needed. We weren’t making much in terms of revenue, but knowing how big the market was and how many people would be looking for the kind of service we offered, made it clear that we could extrapolate it towards a very sustainable business.”

Today, that ‘sustainable business’ reaches around 100 million Americans every year according to Chen, with the most engagement coming from customers between the ages of 20 and 65. Nerdwallet’s growth is typical of many innovative startups that venture into the market and, as Chen told Money20/20, the scale and pace of change is one of the challenges any entrepreneur must deal with. “The vision since 2009 has been somewhat consistent,” he explained, “but what’s changed is how I have had to think about my role in relation to the company.”

Running with this theme, Chen used the analogy of a basketball team - when starting out you have to be “the one scoring all the points and directing the small team”. But, he noted, “over time you become the coach, then the general manager, at which point you realise that your product is no longer really your product. Instead, you’re akin to the governing board of the business, the regulator and legislative or judicial branch. At some point you have to stop and ensure everything is correctly in place to manage the growth, and that’s the transition I had to go through.”

Of course, with that process comes - for many entrepreneurs - the personal challenge as a result of transitioning from the innovator or driver of an idea to the more formal title of CEO. Chen, like many others, described this as a tough learning curve, stating “it takes a lot of hubris and lack of self awareness to say ‘I’m going to start a company and do better than anyone else’ - you have to be lucky too”.

He continued: “At some point you have to fundamentally change your mindset and be open minded enough to see the opportunities and the changes happening around you. Things like building the right team to change my job, to take my ego out of decisions and disagree with me and so on. They’re pretty natural growing pains that entrepreneurs, CEOs and leaders go through.”

With growth comes the seeking of funding or further investment with which to scale startups. According to research by CB Insights, for example, fintech startups raised $33.9bn in 2019 worldwide. While this figure is slightly down on that of 2018, which saw $40.8bn invested in startups, it demonstrates the voracity with which keen investors are willing to be involved in innovation in the sector. Nerdwallet, according to Chen, has “a bit of an unusual funding story as people don’t like to invest in what they perceive to be content or medium businesses in Silicon Valley. Overall, Nerdwallet has raised a total $105mn across four funding rounds.

“The fact we didn’t really get any funding for the first five or six years was, in hindsight, was actually something of a blessing,” Chen said. “It meant we didn’t have all the pressure that comes with investment, to build revenue and so on, but rather could focus on the things that were important to us like building out our brand, buying Google AdWords and becoming super efficient with things like optimising our pages for monetisation. We had no money, so we knew we couldn’t compete on performance marketing with the larger players. Rather, we were forced by the constraints on us to really focus on building organic traffic and proper media relationships. It was a great foundation.”

Asked how other fintech entrepreneurs should approach the funding question, Chen offered two trains of thought. “If you want to be a ‘winner takes all’ business where scale is all that matters, then frankly it’s absolutely rational to raise a significant amount of money and buy your way into the market. If you want to build a brand where you’re not competing on scale or price, it makes a lot of sense to bootstrap and build organically. It’s important to think long-term too. Are you competing on price with incumbents which have decided not to compete with you, or are you actually building a brand where you’re going to be immune from those pressures? That’s an important decision to make for any entrepreneur.

“As someone who's come from the background of building this brand, I think there is a huge advantage for being small,” he continued. “You can specialise in niches that no big player can compete with you on and it’s a great place to start to build a durable foothold.”