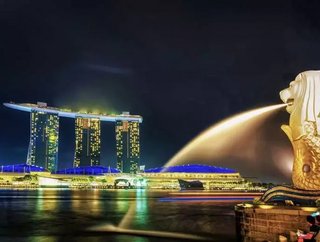 Day one opened with a speech from the organisation’s president, Tracey Davies, who outlined the key themes of the event and also used the opportunity to stress how vital gender equality will be to the future of finance.

Davies commented that all the Money20/20 events across the globe “unite the ecosystem to learn to be inspired, and critically to connect to do business”. However, she pointed out that lack of skills is set to be a problem that impacts every area of the industry.

“There’s not enough talent to go round,” she surmised, citing Korn Ferry research finding Asia will be a region hard hit by lack of skills, with a deficit of 3.3mn workers by 2030.

“One way of solving this is unlocking female talent,” said Davies. “We know that inclusivity is good for business. The facts surrounding this are indisputable, underpinned by the total logic that a business that has a workforce and a board that reflects society does better.”

In 2018, RiseUp was launched by Money20/20 to “drive gender inclusion in financial services across the globe”, and Davies took time in her speech to praise the initiative as well as introduce the first cohort of women involved.

RiseUp aims to accelerate progress toward equality and will expose its cohort to contacts, mentoring and training to help them further their careers.