Investing for impact as a woman in fintech 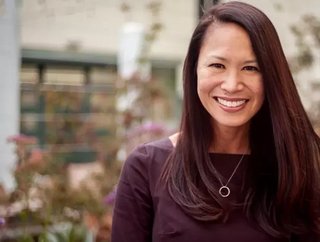 Emmalyn Shaw at Flourish Ventures provides us with a personal take on how women can make an impact in fintech investing...

When I co-founded Flourish Ventures, focusing solely on fintech was relatively new to me. I had more than 20 years of experience working with entrepreneurs in the technology industry, but it was the desire to have an impact, to invest in companies that were both mission-driven and commercial, that led me to fintech and to Flourish.

Looking back, it seems inevitable that my career path led me here. My parents were both first-generation immigrants: my father’s family ran development banks, so the notion of providing banking for the under-served runs deep, and my mother always emphasized the importance of giving back to others. While attending Berkeley, my interest in technology compelled me to seek an internship at Apple, followed by a full-time job as a product manager for a software fintech company to pay my way through college. I found myself wanting to dive deeper into technology, but I was also interested in economics and markets, and that led me to investment banking. I took a job at Morgan Stanley, which at the time had the preeminent technology banking practice.

At Morgan Stanley, I worked on the AOL—Netscape merger. When the CEO and CFO of Netscape decided to launch their own venture fund, they recruited me to join the $200m fund. My career in venture began on January 1, 2000. It was an early-stage fund, giving me the opportunity to work with incredible entrepreneurs and to gain experience investing across sectors. I wanted to use the skills I’d gained as an investment banker to deploy large amounts of capital and work with more mature businesses, so I expanded my skills into growth investing in 2002. In 2007, I joined Oak Investment Partners because the firm allowed me to blend my desire to invest in both early and late innovators.

Balancing work with meeting the needs of my family

In my job discussions with Oak, I realized that I needed to be deliberate about how I approached balancing work and family. I was recruited for a Partner role, but at the time, my kids were at a really formative stage. If I took that role, I knew I wouldn’t be as present for them as I wanted to be. I asked for a position as a venture partner where I could sit on boards and lead investments while also having the flexibility to meet the needs of my family. It was a tradeoff, but one that allowed me to be successful as a parent and as a professional.

At Oak, I worked with a lot of exciting companies, including new media like Huffington Post and Bleacher Report, which showed me the importance of building an audience and retention. I began to wonder if I could take all that skill and knowledge and apply it towards business models and entrepreneurs that were intentional about advancing impact. I was convinced there was a way to reconcile a commitment to social responsibility and positive outcomes with commercial success. I found that while many funds were interested in impact investing, there was a fear that the focus on impact would conflict with the imperative to drive returns.

Unless it was a dedicated fund with a dual mandate, it was really hard to find a vehicle that could execute impact investing with integrity and at scale—until I found Omidyar Network through which we spun out Flourish Ventures. The idea of using technology to advance financial health and economic resilience resonated with my core. It brought together everything I was passionate about and leveraged my particular skill set. All of the volunteer work I’d done over the years, often with my kids, was focused on diversity, equity and inclusion, as well as creating a level playing field. While working with underrepresented communities, I realized that unless we fundamentally change the underlying systems that keep people in poverty (or prevent them from getting out), there won’t be meaningful change. Philanthropy and grant dollars are not sufficient on their own. One of the best levers for lifting people up is by enabling financial access and creating systemic shifts in the way financial services are offered. For low-to-middle income people around the world, certain technological interventions can unlock financial resilience in a way few other interventions can.

Building companies that are meaningful, scalable and successful

A commitment to lifting people up while also being commercially viable, particularly in a heavily regulated industry like financial services, is not easy to maintain. It requires entrepreneurs who are hungry and engaged, and that’s what we always look for at Flourish Ventures. We believe that deploying capital, commitment, and innovation can help shift the system. We want to prove that there are companies that are meaningful, scalable, and successful.

The commitment to diversity and inclusion shouldn’t just extend to the fintech companies we invest in and their users. As a woman of colour in VC, I believe it’s important to ensure that the people who are making the investments and sitting on boards, as well as starting and leading companies, reflect the world we live in. Fintech, in particular, is a space with amazing female leadership, with women like Jo Ann Barefoot of Barefoot Innovation Group, Ellevest co-founder and CEO Sallie Krawcheck, and Kathryn Petralia, Co-Founder and CEO of Kabbage. That representation is an essential part of tackling persistent financial health disparities. As an industry, we have to invest in ensuring equal access to opportunity for people who are traditionally under-represented and do what we can to support them. That support can look like everything from dedicated mentorship to a cultural acceptance of more flexible work arrangements.

For people working in fintech, and for women in particular, there is so much room for impact and innovation. The more women we bring into the fold, to engage more meaningfully in financial services and industry leadership, the better-positioned fintech will be for its next phase—a phase I hope is one where impact and returns grow together.