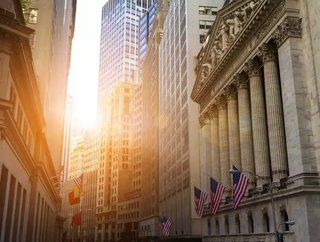 The relationship between incumbents and fintechs is often debated, particularly when it comes to the speed and ability to innovate. But does it need to...

The relationship between incumbents and fintechs is often debated, particularly when it comes to the speed and ability to innovate. But does it need to be?

Yesterday we considered a new report by Accenture that set out very clearly that retail leaders in the US and Canadian banking sectors expect to lose ground to fintechs and challenger banks when it comes to revenue pool. Specifically, between 11% and 15%.

The report, 5 Big Bets in Retail Payments in North America, described a market in which incumbents find themselves on unstable ground, driven by an increasing focus on innovation in the field of customer experience and emerging players' abilities to meet those expectations. The proposed solution to this issue was an evolutionary process that encompasses "truly transformational change".

Accenture set out five key areas of focus for driving that tranformational change: reinvent revenue, jettison legacy tech, spin data into gold, treasure trust and run with the unicorns. And while there is an underlying thread that joins each of these - technology and innovation - we wanted to take a closer look at the latter. After all, any significant change can only be successful if it's built on solid collaboration.

Run with the unicorns

The fintech market innovates quickly. To succeed, says Accenture, incumbents must embrace collaboration and understand that, when it comes to the question of whether fintechs are friends of foes in retail payments, there is one answer: they are both.

Payments fintech attracted more than $10bn between 2016 and 2018, making it the largest segment in North America. Bearing that in mind, any single firm would be hard pressed to innovate faster than the market as a whole. In this environment, Accenture notes, fintechs need the greater networks and global resources that incumbents have if they wish to scale.

However, in the same report it is revealed that 32% of retail bank executives view fintechs as their biggest competitors (Accenture 2019 Global Payments Survey).

In such a situation, collaboration is the obvious answer. Banks have no need to invest in internal R&D functions or their own innovation labs modelled on existing fintechs if they create their own, for example.

If they are to progress, says Accenture, then incumbents should focus on their relationships with fintechs and establish a simple hierarchy to get there: beat, buy, join.

Can incumbent banks go it alone? Yes. Will they achieve their vision if the don't collaborate. It appears unlikely. Accenture states very clearly that "banks that do not collaborate in some way with fintechs will likely fall behind in customer experience, innovation and speed to market". This, it says, is a deadly trifecta.