How AI and machine learning are driving RegTech innovation 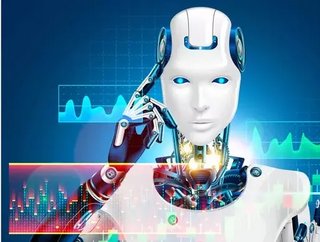 The regulatory sector is advancing rapidly as a result of innovative digital technologies and services...

The pace of digital transformation means that, throughout the global finance industry enterprises face an increasingly complex regulatory landscape.

In particular, the explosion of technology-driven financial solutions over the last decade has created complications in the space faster than they can be solved.

Given the speed of these changes, the global regulatory framework has also fractalised, increasing in complexity faster than enterprises can adapt.

Between 2008 and 2016, there was a 500% increase in regulatory changes in developed markets. Today, it’s estimated that a new regulatory update is made every seven minutes.

It should be little surprise then, that since 2015, the RegTech industry has grown out of virtually nothing to become one of the most dynamic financial verticals in the world.

By 2027, global RegTech spending is expected to exceed US$21.7bn and, according to a 2018 report by Medici, “an end-to-end RegTech implementation promises 634% in ROI realisable over a three-year period.”

In a report released earlier this year, global consultancy and accounting firm Deloitte asserted that, “RegTech promises to disrupt the regulatory landscape by providing technologically advanced solutions to the ever increasing demands of compliance within the financial industry.”

Key technologies advancing the sector are AI and machine learning. In particular, these mean that companies using RegTech can increasingly automate processes like due diligence, data management ananalysis.

According to a recent report, 2018 was the largest ever year of investment in RegTech, with deals attracting $4.5bn globally and more than doubling in value over the course of the year.

Examples of how technology innovation are driving change, include innovative RegTech, Shield , a Tel Aviv startup that specialises in reducing compliance risks through intelligent automated reporting.

The company’s platform, for example, uses AI to automate and orchestrate the complete communications compliance lifecycle, mitigate risk and make surveillance both efficient and driven by ROI.

Compliance is by far the largest subcategory of RegTech companies, with about three times as many as any other field.

This comes as no surprise, since compliance is the very basic core competency of any regulatory enterprise.

Darktrace is one of the world’s leading AI companies, and the creator of its proprietary Autonomous Response Technology.

This is modeled on the human immune system and won first place at the 2019 Fortress Cyber Security Awards.

Compliance with regulations like GDPR, HIPAA, and the DFS Cyber Security Regulations adds another dimension to the extensive list of challenges facing security teams.

Thanks to its ability to identify and contain threats in seconds, aid in the investigation of attacks, and provide complete visibility of digital activity across the business, Darktrace’s AI enables organisations across all sectors to comply with industry-specific and international regulations – without purchasing additional tools.