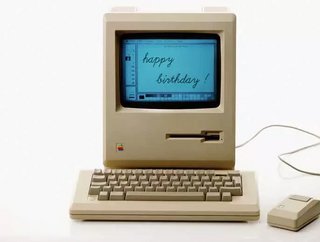 As Apple’s increased focus on fintech provides a prediction that payments feature in today's keynote, we look at the evolution of Apple's fintech. M...

As Apple’s increased focus on fintech provides a prediction that payments feature in today's keynote, we look at the evolution of Apple's fintech.

Mid 90s: payments via the Macintosh

Though Apple launched its first product, the Macintosh, in 1985, it wasn’t until the mid-nineties that epayments materialised, notably with the sale of Amazon’s first book and the launch of online shopping platform, eBay, in 1995. The Macintosh was the basis for the subsequent iBook, iMac, Macbook, Macbook Pro, ect.

A far cry from the sharp visuals we expect from the website today. The interface was designed to promote the sale of the made-to-order product, with half a dozen pixelated icons of its products, as well as a black and white image of a young girl, “The Apple Store” was centralised across half of the page.

Though in the works two years prior, the official launch of the iTunes store on 28 April 2003 marks a true cornerstone of online payments, as users could now digitally download over 200,000 songs. Today the store holds an incomprehensible 43 million songs, as well as tracks exclusive to iTunes.

2007: ‘The Beat Goes On…’ Access to iTunes via three new products

With the launch of the first iPhone, Apple TV and the second generation iPod touch, Apple’s touch screen products now had the added capability to make payments through the devices to its official stores.

A new way to pay. This was considered groundbreaking in 2008 as users could now make payments through a sleek, customer-friendly interface.

2010: Introduction of the iPad

2011: Virtual assistant Siri and the creation of the iCloud

Siri introduced a new dimension of technology to the company with voice recognition. Available across all iPhone, iPad, iPod touch, Macintosh, Apple TV, and eventually Apple Watch and HomePod products; Siri can be utilised to make payments through-iOS integrated functions. The introduction of the iCloud in the same year has assisted in backing up iOS functions.

Apple Watch is the first wearable piece of Apple technology and contains similar iOS technology to the iPhone 6. The watch pairs with Apple Pay, launched in the same year, allowing users to pay from their wrists instead of fishing in their bag for their wallet. The payment card also functions as a wallet, replaces the classic chip-and-pin model and conducts transactions through contactless pay points. The launch of this product is in keeping with the trend of cashless consumerism.

Unlike the microtransactions that would take place over iTunes, users can subscribe to the music on iTunes in a similar way to that of Spotify. By 2016, the subscription had expanded to include video, but the service had still remained secondary to its competitor, Spotify. Following a redesign for iOs10, the number of subscribers has sky-rocketed to 60mn subscribers as of June 2019.

2018: Release of the smart speaker HomePod

Following delay, Apple’s smart speaker, HomePod was released to the public. Compatible with the major iOS, it is complementary to Siri, allowing a user to make payments without the use of their hands.

2019 - Introduction of the Apple Card

Though it wasn't mentioned in the September special event this year,  the Apple Credit card was launched to all US customers last month. You can find out more about the top features of the card here.

Apple has been working on an electric car named ‘Titan’ since 2014, which is projected to be launched in 2020.