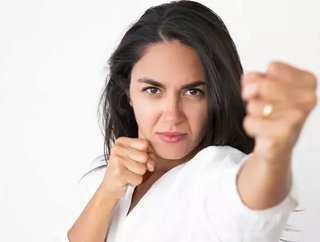 FemTech Partners founder Neha Mehta on never saying never, and why women in fintech must be a national agenda. “Never say never. Even if you see th...

FemTech Partners founder Neha Mehta on never saying never, and why women in fintech must be a national agenda.

“Never say never. Even if you see the smallest opportunity, jump at it and never stop moving forwards,” exclaims Neha Mehta. Opportunity drives Mehta. Not her own, but that of other female entrepreneurs and innovators looking to further advance their careers and be successful in the traditionally male-dominated arena of fintech.

Mehta is the founder of FemTech Partners, an organisation she started just over a year ago after her own experiences of life in a Singapore-based fintech set her on an ambitious path. “I’d been in the fintech arena for some time,” she says, “and it was very clear that there was not great participation in general from women across the various sectors, that there weren’t many female founders of fintech companies and that, when there were, achieving the funding to take those businesses or innovations forward was also more challenging for women than it was for their male counterparts. That was really the point at which I thought it time to take the plunge, to go solo, and to really try to do what I felt was right and have a wider impact on women and their opportunities.”

That ‘plunge’ was starting FemTech Partners, an organisation that Mehta runs out of Singapore and Amsterdam – she is based in the former. FemTech Partners’ agenda, she says, is “always look to promote women in the fintech space”. In little more than 12 months she has worked hard at this, with FemTech Partners responsible for working with the state government of India to arrange workshops and hackathons on various subjects such as blockchain, coding and funding. Mehta also takes time to engage with female entrepreneurs in the fintech space through social media and other channels, whereby she offers advice and mentoring; she works more broadly to encourage startups to develop out of Asia and into European markets. “A real driver for me is to do all I can to help the next generation of women, because I don’t want them to have similar experiences to those that I have had,” she says. “I use all of my contacts and knowledge of the sector make sure they can open as many doors as possible.”

FinTech met with Mehta at the March 2019 Money 20/20 Asia event, where she was keen to discuss in more detail the role of women in the sector, as well as the broader opportunities emerging. “Fintech is bringing opportunities that had not previously existed in the market,” she explains. “The speed at which the market is growing, as well as the innovative emerging technologies it creates, is enabling people to dream bigger, to do better things and so, from my perspective, I’m seeing increasing numbers of female entrepreneurs coming forward with great ideas and solving complex problems. Previously this hadn’t really been the case but now the market, particularly in terms of growing numbers of smaller startups, has created an environment in which women are able to make more of an impact.

“Work/life balance is important for everyone, but particularly so for some women,” she states. “Startups provide a degree of flexibility that suits the working life of some women who wish to balance being a successful entrepreneur or innovator with the responsibilities of motherhood, for example.” Through her work in Amsterdam and other countries, Mehta believes that this way of working is more commonplace in areas such as Europe, whereas Asia, and Singapore in particular, need to see further progress. Here, she says, women still don’t have the policies or arrangements that specifically cater to them. “There’s still a long way to go,” she states. “When women want to take time away from their career, or wish to return after a sabbatical of any kind, there is a lot of pressure on them – regardless of whether they are at a junior or senior level – to prove themselves more than men. This is particularly true in the tech space, which is already a male dominated arena. From the discussions I regularly have with women in the region, I’m in little doubt that this is still a major challenge.”

Breaking from this point, Mehta considers the venue in which Money 20/20 Asia is taking place. “Sometimes I’m at events like these, on the panel or just attending, and I realise there are four or five women in an audience of 500 or more,” she comments. “When it comes to the numbers of women in the finance sector, in Europe you’re looking at around 40%, but here in Asia it’s more like 20%. We need a push; we need more action from managers and executive level people in the sector who should more actively look to hire female candidates.”

Of the challenges facing those women looking to advance in the sector, Mehta points to two areas: access to the required funding needed to start a business or any entrepreneurial activity, and greater need for education on the prerequisite technology skills. On the former, she states that a lack of peer support is a key factor: “There are so many more male entrepreneurs and startup founders,” she adds, “that they can far more easily reach out to existing contacts in the market to discuss funding and growth opportunities.”

Achieving the required technological skillset and learning is a broader challenge. “In my opinion, fintech is ‘more fin that tech’. We don’t see the same levels of female participation because many women are not so comfortable with technology, especially things like blockchain, AI or robotics, for example. That is purely down to education and the start that young women receive. Thankfully, there are exceptions. In India, for example, a lot of women are very good with IT and technology. If you look at IT schools and educational institutions in India, they are very well balanced – almost 50/50 – between men and women. That’s very good, and a sign of things to come, but we have a long way to go.”

Addressing that journey is Mehta’s focus with FemTech Partners. And while she continues to work with women in the various forums the organisation offers, she is keen to push the growth of women in fintech as a wider agenda. “I’m really looking to get support from regulators, from other business and from governments in several countries. Without a doubt, we should absolutely make this a national agenda rather that something I’m attempting to change solo. I strongly believe that the world is better place with women in the workplace – the bring balance, they bring emotional intelligence and skills that aren’t there, and most importantly they deserve to be successful.”