Bitcoin soars above US$7,000 during cryptocurrency rally 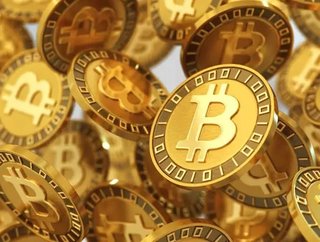 Over the weekend bitcoin increased to its highest value since September 2018 at just over US$7,000. This has more than doubled since mid-December. Acco...

Over the weekend bitcoin increased to its highest value since September 2018 at just over US$7,000. This has more than doubled since mid-December.

According to Bitstamp pricing, bitcoin advanced 11% from Friday to $6,957.73 as of 9:01 a.m. Tokyo time, having earlier hit $7,585. Weekend trading has added $25bn cryptocurrency market capitalization since Friday.

Large holders of cryptocurrencies, known as whales, moved large amounts of bitcoin over the weekend, contributing towards the increase in cost per bitcoin. Whales moved over 100,000 bitcoin over the weekend, a total of approximately $670mn. According to the Cryptocurrency live tracker Whale Alert, the largest whale moved 47,000 bitcoin, valued at $343mn.

The surge of bitcoin has also increased the value of other cryptocurrencies including ethereum, litecoin, Ripple's XRP, EOS, and bitcoin cash. According to Yahoo finance: “All five members of the Bloomberg Galaxy Crypto Index are up more than 8% this weekend, based on pricing from Bitstamp and Bitfinex.”

Though the highest trading price of bitcoin stands at $19,000 in 2017,  this weekend marks the first $1,000 gain since 2017. Analysts from investment bank Canaccord Genuity projected that this rally is to continue over the next 24 months, with a realistic possibility of returning to 2017 figures. These projections are based around the halving event in 2020, where bitcoins awarded to miners will decreased by 50%.

Today also marks the beginning of a largely anticipated event by the cryptocurrency industry: Blockchain Week NYC and CoinDesk’s Consensus 2019. The event will host a number of talks, including headline speaker, FedEx’s Fred Smith.