Alastair Richardson of Xilinx on The Future of Technology in Finance

By Alastair Richardson
May 16, 2020
undefined mins 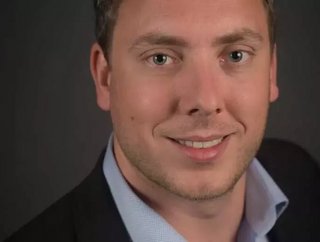 Today FinTech presents an exclusive opinion piece from Alastair Richardson of Xilinx shares his knowledge of the innovative technologies on offer in the finance industry.

The Future of Technology in Finance

Capital Markets are going through another evolution. Regulations such as FRTB, the transition away from LIBOR, BREXIT, AML and Cybersecurity are several challenges to name but a few. These market evolutions and challenges are changing how and why banks spend their dollars and driving an ever greater focus on efficiency from a human capital and a technological perspective. Financial institutions need to get smarter, with less resource, and yet remain flexible and agile.

From a technological perspective, the business has been evolving and developing a greater understanding of the underlying technology both as a differentiator for their customers, an enabler for their traders and an increasing cost. In the past, it was enough to buy a new server and your Algo’s would run faster, the real-time risk could handle the increase in Market Data, and there was a simple strategy for increases in data and complexity – buy more servers.

Which reminds me of the first algos I worked on, written in Excel and updating my spreadsheet in ‘real-time’. It was a suitable platform, but by no means the most efficient and had trouble with a large number of orders, Excel was after all designed to be a multipurpose spreadsheet application, not an algo trader. Over time, everything moved to more suitable platforms, and highly skilled programmers moved the algos to much faster platforms, which increased in complexity to become smarter and technology helped to accelerate further. Some banks and HFTs started employing FPGA’s in the race to Zero and GPU’s in the grid for computation.

We again find ourselves in this position but with a new challenge, Big Data, AI, Cross Asset Electronic trading and risk, and complex simulations and pricing. And yes, we also want to be fast (maybe not the fastest but certainly not last). With CPU’s now stagnating and grid sizes getting out of control due to cost, management of the infrastructure and scalability, the industry needs an alternative to gain the next level of technological efficiency.

The GPU is being deployed in many use cases such as machine learning and has a position in capital markets to help accelerate several functions. However, GPU’s suffer from being an ASIC designed for graphics but being manipulated to perform other tasks. GPU’s therefore struggle to be as efficient as a solution designed specifically for the purpose. As such, GPU’s generate large amounts of heat, use considerable power and can be expensive to deploy on scale.

FPGA’s have been around for many years in capital markets and traditionally associated with Low Latency, but several banks and exchanges have deployed them in real-time computational risk such as JP Morgan and the CME. The problem has been threefold, standardisation of an FPGA platform, complexity to code/time-to-market and a lack of available developers.

Times have changed! Xilinx, the inventor of the FPGA, have released Alveo last October 2018, a standardised OEM platform that allows software developers the ability to access the power of FPGA and drastically reduce the time to market. FPGA’s use about a 10th of the power of a GPU for a similar level of performance in specific functions and can accelerate CPU based calculations by a factor of 50-400x according to several independent results on applications such as Monte Carlo simulations, Black-Sholes Pricing, Cross Asset Margining and many more. All this can be done directly on the network, a considerable advantage over CPU or GPU, freeing up limited resources for other purposes.

Alveo cannot solve all the problems, but it is a critical component and part of a solution to significantly reduce the size of datacentre infrastructure while providing significant performance improvements. Lower TCO means more funds can be diverted to revenue generating opportunities; easier management reduces administration, improved calculations and performance means traders are going from end of day to real-time intra-day risk. Customers get improved performance via smarter and faster pricing, while AI is accelerated to the next level. Crypto and blockchain also can benefit from FPGA’s as can be seen by the recent trend in mining to move from GPU’s to FPGA as a more energy efficient solution as well as more flexibility.

Banking is just starting to look at how FPGA can accelerate their infrastructures, with many testing the features in the cloud such as Amazon F1. Ask most banks CTO’s, and they have a cloud strategy, most don’t yet have an FPGA strategy, but they are coming, and on recent evidence they are coming fast.