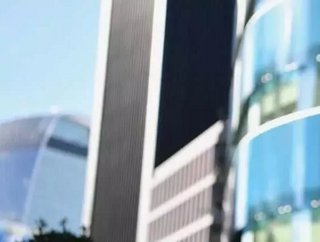 11:FS CEO, David Brear, on leadership, culture and why digital financial services are only 1% finished...

11:FS is built on a very definite premise: digital financial services are only around 1% finished. It is, as Group CEO David M. Brear concedes, not a statement backed by ‘10,000 surveys’, but rather, by a singular belief and dedication to building the next-generation digital propositions that challengers and financial services institutions need to complete that journey.

“There are still large parts of the industry that are just fundamentally broken,” he explains, joining us remotely under COVID-19 lockdown. “You know, when we say digital banking is only 1% finished, what we really mean is that with all of the innovations and technological advancements, plus the requirements of consumers and the increasingly competitive landscape, there is still so much opportunity to get better and grow. For the amount of money and hours of development that is spent, we should be doing a lot better in serving customers.”

The not insignificant 99% that’s left of that journey is where 11:FS comes in. The company was founded just four years ago - in a Starbucks in London, to be exact - and since, has grown to encompass almost 200 people based in London and New York, but delivering a host of cutting-edge services to clients all over the world. These include transformation and advisory services, consumer and market research, core banking capabilities and industry benchmarking, as well as industry-led content and insight.

Of course, in an industry as fast-paced as financial services, there are many that purport to be driven by a disruptive or pioneering approach to the sector. 11:FS has a differentiator: its people. The business is driven by experts in engineering, design and transformation and world-class researchers, product managers and technologists, all of whom work closely with their respective clients. Brear was keen to give his thoughts on that culture, and how his approach to leadership reflects the core values embedded in 11:FS. “Culture, if I’m honest,” Brear says, “is our secret sauce. For me, I think it’s often such a misunderstood thing, too. It’s not about copying Google or Apple, or mirroring what Facebook does; so many organisations and people spend so little time prioritising the tactics, strategies and culture that lets you get the very best out of the people that work for you.

“Our vision is to change the fabric of financial services, but our mission is purely about unleashing talent,” he continues. “If we can do that, there’s no doubt that we’ll be more successful in the longer term. As an organisation, we’ve really practiced a ‘power to the edges’ approach in terms of decision making, having everyone involved where necessary and establishing an environment where people are empowered to do their best.”

Leadership, of course, can be the difference between setting that tone correctly or not. Brear not only brings to 11:FS a host of experience at names such as Gartner, where he was Global Director Digital Banking, Lloyds Banking Group, HBOS and, more recently, business banking fintech, Mettle, but also a positive stance on leadership.

“Regardless of how smart or skilled they are, everyone needs leadership,” he elaborates. “I’ve always taken the view that leaders are more important than managers in an organisation, and I think great leaders should be as consistent and contextual as they can be for everyone. I try and lead each person as an individual, to understand what motivates them and what makes them perform. Personally, I feel like I learned more playing sports than I ever did in the business world, and I bring almost a sports psychology mentality into 11:FS that has allowed us to build such a strong company and vision.”

That vision sets out that the industry continues to repeat the mistake of digitising analogue products and creating experiences that aren’t fit for the digital age. It is, says 11:FS, shying away from building truly digital native propositions. “Some areas of the industry are just decades out of date,” Brear concedes. “The interesting thing is that many of the big incumbent financial services players are at a pretty significant risk of being left behind in terms of their underlying technology and operational capabilities. For many of those types of organisations, digital has been implemented at a veneer level more than anything.”

Brear is keen to affirm the positive notion of this vision: “It’s not an indictment,” he states. “It’s more of an aspiration. Things can be done better, and they should be done better. The COVID-19 pandemic is a good example - we’ve seen, and not just in banking, that when organisations are forced to do something, regardless of how complex, they will.”

Fintech: a narrative of urgency

The digital evolution of the sector has been rapid. Technology is advancing faster and being commoditised quicker than ever before, and incumbents face a market increasingly populated by innovative startups and fintechs. “The context of the industry is just fundamentally different today,” Brear says. “Fintech has created a narrative of urgency; it’s really on the march - you have players like Monzo, for example, that in three and half years have generated five million customers. To put that in perspective, First Direct took 30 years to get close to one and half million. So, the speed of change is just exponential, and that’s having a huge impact.”

According to Brear, one of the biggest challenges facing banks isn’t necessarily the technology itself or ‘what your app looks like’, but rather the economics of the back office functions tasked with building that technological and operational capability. “It’s difficult for them to do anything about,” he expands. “There are challenger banks entering the market that are more operationally efficient, more nimble in making changes and better suited to rolling out these technologies, as well as regulatory pressure - it’s a bizarre confluence of pressures and we’re seeing a real resetting of what good looks like in financial services.”

Another contributor to this shifting landscape is the role of the consumer. Financial services is not alone in its quest to satisfy the digitally-driven needs of modern customers. Personalisation and a more customer-centric approach in particular are driving change. There are, says Brear, two key drivers in this narrative: trust and control. The former, has always been a concern to financial institutions. “People trust their banks not to disappear with their money,” he states, “but they don’t necessarily trust them to do the right thing by them.

“Greater control is shifting the dynamic - we want to feel in control of our money and our situation - and today consumers are more in control than ever before with access to credit, savings, lending and more 24/7 at our fingertips. And, with fintechs and mobile banks there’s a plethora of organisations that fundamentally want to serve customers; fintech are rekindling the ‘services’ within financial services.”

11:FS helps financial services companies navigate these challenges and to understand the competitive landscape on their journey to digitisation. And while its proposition covers a host of key areas that contribute to the next generation of digital financial products, Brear is also a firm believer in getting the basics right first. Or, as 11:FS terms it - the infrastructure.

It is here that the strong culture in place within 11:FS pays dividends. “People often talk about technology debt or legacy technology as the major inhibitor,” he says, “but for me that’s not the case - you get the right culture in any of these organisations and any challenge is surmountable. The newer organisations are those that are able to possess that more entrepreneurial spirit which means they’re not operating in silos, they’re curious, always asking ‘why?’ They don’t treat digital as just another distribution channel, but as everything.”

On this point, says Brear, incumbent institutions too often park their digital aspirations firmly in one corner, under the guise of an innovation lab or similar. Rather, he encourages collaboration between incumbents and fintechs as bringing a significant advantage. “Partnerships are a major step forward for those legacy players,” he explains. “Making this kind of digital transformation is really difficult and we shouldn’t underplay the challenge facing the CEOs of many of those more established banks. The biggest advantage of partnerships is the unlocking of that new way of doing things that is just so critical to be able to evolve with the direction the industry is taking.”

Partnerships have proven fruitful for 11:FS too, specifically with regards to 11:FS Foundry. The project, which has been undertaken in collaboration with DNB, is a modular, ledger-first set of components that allows the building of digitally native propositions to scale and at speed. 11:FS Foundry allows for the standing up of an entire proposition, or the mixing and matching of components to build a product for specific customers’ needs. It is truly digital banking infrastructure fit for the 21st century

“Foundry is really us putting our money where our mouth is and demonstrating that the technology used in banking doesn’t just require a rethink, it needs to be started from scratch,” Brear notes. “DNB has been a phenomenal partner that has a very similar view of the future as us in terms of consolidating a lot of the back office capability to ensure cost efficiencies can be passed to consumers.”

There is, as Brear concedes, a long way to go in terms of the industry’s digital journey. In terms of what that journey looks like for 11:FS, he predicts a maturing of the markets that the company currently operates in and a development of the company’s consultancy arm in line with the wider evolution of the market.

“Foundry could eclipse everything, though,” he adds. “When it comes to the technology side of things it’s the real fabric that’s holding banks back, and there aren’t many players in the market that are approaching this as aggressively or boldly as we are. More broadly, I see this journey to the next generation of digital financial products as a problem that isn’t going to go away anytime soon. Let’s focus on getting to the 2% mark first…”