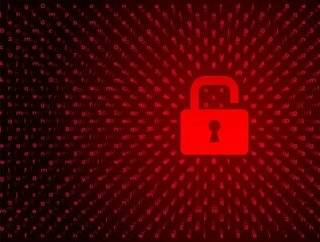 In the continuation of our series examining Sonatype’s White Paper, we explore the specific open source vulnerabilities of Bouncycastle...

In the continuation of our series examining Sonatype’s White Paper, we explore the specific open source vulnerabilities of Bouncycastle.

Ranked fifth on the most vulnerable open source components commonly used by Financial Services organisations list, Bouncycastle first originated in the late 90s as an effort by creators to combine their dual interests in cryptography and open source. It saw its first API released in 2000 at 27,000 lines long, which was subsequently eclipsed in 2012 with a Java code base in excess of 300,000 lines and a C# iteration of over 140,000.

Identifying its primary vulnerability as ‘information exposure’ (vulnerability CVE-2018-5382), the severity of the problem is summarised by Sonatype as follows:

The reason for this exposure lies in the package’s less-than-desirable encryption strength. The highly vulnerable ‘engineLoad()` function (part of the ‘JDKKeyStore.class` file) uses the aforementioned BKS V1 file, meaning that sensitive data can easily be compromised.

A brute force timing or side-channel attack manifests itself by flooding a system with multiple values at once. The perpetrator can then deduce information from the time it takes to generate an incorrect answer from a correct one.

Ultimately, the root cause for the vulnerability is the BKS V1’s outdated 16-bit HMAC (keyed-hash message authentication code), which simply cannot repel the capabilities of modern hardware.

Sonatype’s recommended course of remediation is simple: upgrade to version 1.47 or newer. This update boosts the HMAC to a far more substantial 160-bit, which is enough to resolve the CVE-2018-5382 vulnerability.

is the recommended solution.

“However, a fixed version for `org.bouncycastle:bcprov-jdk16` component does not exist in Maven Central as of writing this piece.”