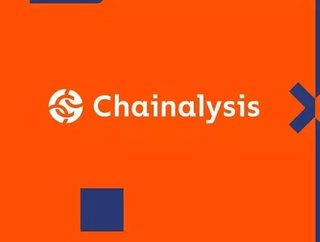 Blockchain intelligence firm Chainalysis has joined the unicorn club after raising $100m in a Series C.

Addition Capital led the funding round, alongside previous investors Accel, Benchmark, and Ribbit Capital, who increased their investments to bring the fintech’s valuation above $1bn.

“Government agencies and the private sector need the right data, tools, and insights to responsibly oversee and participate in the cryptocurrency economy,” said Michael Gronager, cofounder and CEO of Chainalysis.

“We have established a network of government agencies in over 30 countries and more than 250 of the most important businesses around the world who are making it safer and easier for consumers and businesses to transact, fundamentally changing the way money works.

The fresh capital will be channelled into expanding that global presence, a continuation of plans borne out of Chainalysis’ previous $49m funding round, which closed in July. Since then its team has grown by around a third, with the addition of 50 new specialists - a talent acquisition drive it intends to continue across the US, UK and Denmark. The fintech also recently opened two new hubs in Singapore and Tokyo, from which it will will support a focused effort to reach the many sophisticated cryptocurrency users across the APAC territory.

Chainalysis’ valuation follows a landmark month for Bitcoin, the highest profile and most widely traded digital currency. The cryptocurrency has followed a steady upward trajectory since before the US election and now regularly fluctuates at between $18,500 and $18,750. Buoyed by renewed interest from institutional and first-time investors. Bitcoin is closing rapidly in on its former high of $19,783, the price it hit back in 2017 before a major slump.

Analysts believe the price will continue to rise. In a study of 700 high net worth investors, DeVere found three quarters intend to buy into the cryptocurrency market by 2022, Bitcoin being the most likely entry point, alongside other mainstream alt coins such as Ethereum and Ripple XRP