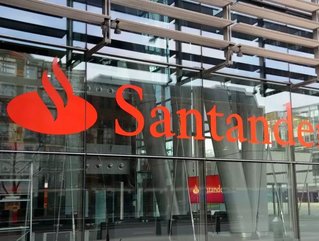 Although not confirmed in the company’s official document, other sources report the total figure exchange as being €100m.

Wirecard, which declared insolvency earlier in the year following revelations that it had misplaced over US$2.3bn in funds, was formerly renowned for its technology’s widespread usage among leading fintechs.

Distancing itself from the aforementioned controversy, the bank has made it explicitly clear that the deal “does not include Wirecard companies”.

Specific assets purchased in the deal include payment solutions for merchant acquiring and issuance services.

Santander will use these new capabilities to bolster its merchant payment platform globally, as well as facilitating its broader growth strategy in Europe. The teams managing the assets prior to acquisition will be kept on staff by the bank, which will incorporate them into the Getnet franchise umbrella.

“At Santander, we aim to provide the best payment solutions and services to our customers,” said Ana Botín, Banco Santander’s Executive Chairman. “The assets and talent we will gain as part of the acquisition will help us accelerate Getnet’s expansion plans in Europe, while also increasing our product development capacity.”

Furthermore, the bank has plans to introduce merchant solutions, trade solutions, and digital consumer products and services to other countries around the world, such as the developments seen in Latin America.

Indeed, according to an article by Euromoney, Santander’s CEO José Antonio Alvarez believes that Latin America could one day have superior structural growth than Europe. This is seemingly borne out by the region’s steady growth in underlying attributable profit for the company(between 2015 and 2018 it grew from 35% to 41%).

The bank’s confidence in the Latin American market appears to be well-founded; recent fintech developments and partnerships have distinguished the area as one possessing significant potential, and perhaps even an emerging leader in global financial services.