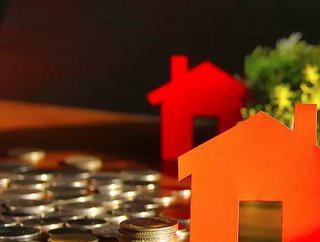 Discover the most disruptive ways fintech expands the property sector, from digital-only lending and fractional ownership, to property-backed stablecoins

The property market is changing, and it’s not only because of fintech or the pandemic. The rise of proptech has shifted the way people build, buy, sell, and rent real estate.

Homeowners are now able to assess their properties using online tools before they go on the market. At the same time, sellers can advertise more accurately thanks to the availability of reliable data analysis software.

Digital transformation in the property sector has been propelled by several trends, including digital disruption, a shift towards millennials becoming home buyers, and a lack of trust in traditional banks following the 2008 financial crisis.

Proptech, or ‘property technology’, refers to a new wave of startups that have emerged in recent years to disrupt the real estate industry with innovative solutions. The term is both an independent category and also falls under a subcategory of fintech.

The former is often the case when in conjunction with the sharing economy, such as rentals or marketplaces. And the latter is the case when conjoined with financial services, such as digital-only mortgage lending or investing solutions.

The first kind of proptech companies in the non-fintech category tend to innovate how people find homes, appraise properties for sale, and manage their mortgages online using smartphones or other devices.

Industry players such as Zoopla, Redfin and Purple Bricks, which offer alternatives to estate agents with low commission rates, fit into the first category. Another case in point is Airbnb, which is now valued higher than some of the world’s leading hotel brands combined.

Redefining the property market with fintech

On the financial technology side of proptech, which is the topic in focus, examples include digital-only mortgage lenders like LendInvest, Molo Finance, and Proportunity. These companies frequently offer mortgages in a matter of days instead of weeks or months by using technology to automate the process. They are also effective at closing deals faster with fewer manual processes along the way.

Other cases in point of proptech companies providing financial services include property investment providers such as LendInvest and Propio. They aim to present investors with less exposure to risk and fees by taking advantage of the fractional-ownership model that has become increasingly popular.

In a recent announcement, Arman Tahmassebi, Chief Operating Officer at LendInvest, stated: “Accelerating our technology roadmap is a key pillar behind our vision of making property finance simple, and bringing the mortgage market into the 21st century.”

How blockchain technology could be the game-changer

Blockchain technology is being put to the test in the property industry for a number of reasons, including:

The technology has the potential to improve property rights by reducing fraud in real estate transactions because it is highly secure, transparent and decentralised. It also allows for faster settlement times as well as reduced costs through disintermediation which will help lower-income earners get on the housing ladder sooner rather than later.

Furthermore, blockchain technology can transform how people interact with their local governments by giving residents greater control over their own information. People could share their data directly with the relevant authorities at the click of a button without having to go through third parties such as social media networks or utility companies. Such firms have a history of providing misleading and inaccurate information, or worse, selling them to third parties. A case in point is the Facebook–Cambridge Analytica data scandal.

Distributed ledger technology (DLT) could also be applied to the management of public records, particularly for government-held land registry data. Such information has typically been susceptible to errors due to the manual input process as well as being subject to tampering by unscrupulous individuals with access to them. A blockchain built upon a decentralised network could potentially prevent this kind of activity from taking place because anyone attempting illicit changes would immediately be identified and actioned accordingly.

The pros and cons of mortgage-backed stablecoins

The crypto sector has no established market framework around the real estate market. Stablecoins are becoming increasingly popular as an investment vehicle for investors seeking to protect their cryptocurrency investments during times of volatility.

Unlike traditional "dollar-backed" stablecoin projects like Tether or USDC, stablecoins for the real estate market would be explicitly designed for the untapped property sector, which in the UK alone could be worth around £9.2 trillion (GBP).

For example, financial technology startup Coadjute is developing a mortgage stablecoin solution to make property transactions easier. However, there are a number of drawbacks when it comes to mortgage-backed assets or blockchain and digital currencies.

The downsides include developmental errors, a lack of regulations, unpredictable volatility, and segmented bubble formations. It is also safe to outline that other numerous risks abound; simply recall the subprime mortgage crisis fueled by credit default swap (CDS) contracts, which were coincidentally developed by the UK's very own "cryptocurrency queen" from JP Morgan.

Have mortgage-backed stablecoins started sounding like mortgage-backed securities yet? Did blockchain and crypto aficionados make a mistake by granting access to insiders from the legacy banking system that they're supposedly disrupting? Is history repeating itself?

Fret not, there is hope in collaboration and good people could learn from their mistakes; stablecoins have the capacity to help unlock liquidity from assets tied up in real estate by creating new sources of financing without being tied to mortgages.

Unleashing the potential of property-backed stablecoins

Exponential potential could abound in property-backed stablecoins with locked circulating supplies based on individual properties instead of mortgages. It would be like dividing a property into fractions and putting it to market in digital exchanges.

As a fictional example, imagine The Shard in London, valued at £2 billion (GBP), having a stablecoin backed by the ownership deed and distributed to a circulating supply of two billion tokens at £1 each to start with. Each token would have voting rights through a smart contract. The market participants could then organically dictate the price through trading in exchanges and make rental decisions by voting. If they choose to rent the underlying asset, they could earn dividends.

A marketplace where every property has its own token could democratise access to property-ownership and hand the existing real estate market a figurative rocketship.

Buyers and sellers could then use their stablecoins to trade property ownership instead of having to wait several months for legacy methods with expensive intermediaries. Property-backed stablecoins could also give sellers worldwide without access to banks or other financial institutions a trustable way to sell their properties without having any bank accounts.

Two early-stage startups, RealT and Vairt, have minimum viable products (MVPs) putting this digital asset concept to the test. Their tokens are locked internally and not available to a wider base of participants. Such a form of centralisation poses security challenges due to having a single point of failure. Furthermore, users tend to trust established cryptocurrency exchanges like Coinbase, BlockFi, or Binance with their money. Nevertheless, the companies have a fair concern for holding back while they wait for clearer laws surrounding stablecoins.

Regulators cannot dismiss the potential benefits of blockchain; in addition to the points outlined above, the technology could allow lenders to make better decisions about who should get loans based on actual data rather than bias or credit scores that may not accurately reflect an applicant's ability to repay.

Optimally, the establishment of a controlled environment to innovate safely, where stablecoins and blockchain-based smart contracts could be stress-tested, seems to be the most sensible answer.

What does the future hold for the fintech-proptech mix?

Disruptive change is anticipated to continue in nearly every crack and crevice of legacy industries. The real estate sector is no exception to the rule. How property incumbents deploy financial technologies will significantly impact entire economic structures and alter consumer behaviour over time.

The use of innovative tools and technologies such as blockchain could transform traditional practices. In the wrong hands, it also has the scary capability of enslaving entire nations and forming societies where no human privacy is respected. Although blockchain slavechains are a low probability worst-case scenario, the repercussions of any technological advancement should be acknowledged for holding the ability to do both benevolently good and tragically bad things, like a double-edged sword.

The notion of adding value to economies worldwide by tapping into property markets sounds appealing. However, it remains to be seen whether or not such profound technological innovations are feasible due to their experimental nature amid growing concerns about uncertain days ahead.

In the end, only one thing is certain; what the future holds is unknown. And it is the ability to be resilient in the face of uncertainty that distinguishes success from failure