What makes a fintech startup a success? 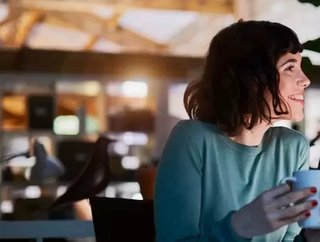 The fintech industry is swiftly becoming the new financial services normal. We talk to six industry experts about launching a successful startup in 2021...

The sheer number of fintech companies mushrooming globally is astonishing. For example, according to Statistica, in February 2020 in the US, 8,775 fintech startups were registered. In the same period, there were 7,385 similar startups in Europe, the Middle East, and Africa, followed by 4,765 in the Asia Pacific region.

These emerging enterprises cross several sectors, including education, insurance, retail banking, fundraising and non-profit, investment management, security and the development of cryptocurrencies. And according to reports, the global fintech market in 2022, will be worth US$309.98bn.

It’s easy to assume that starting a fintech is simple. In theory, all one needs is a good idea, a savvy developer and some investors. But that’s only a very small part of the equation, according to Michael Donald, the CEO of ImageNPay - the world's first image-based payment system, it takes much more than inspiration and technical knowhow to even arrive at the funding stage. Donald believes the biggest mistake startups make is assuming that everyone will either love their idea or understand it on the first pass.

He says, “In my experience from both big corporates and multiple ventures that is rarely the case. Secondly, having great presentations which promise the world but when the bonnet is lifted fall far short of something that will be road worthy.”

Fintech startups face a perilous period of knife-edge uncertainty when it comes to success. A report by Medici shows a staggering nine out of 10 fintech startups fail to get beyond the seed stage, as risk-averse investors prefer to wave their wallets at later-stage companies.

“Trying to scale too quickly before really understanding your customer values is one mistake start ups can make in the early stages,” says Colin Munro, Managing Director of Miconex, a reward programme development company.

“Pushing ahead before you’re ready can mean you spread available resources too thinly, over promising and under delivering, which will impact negatively on customer experience. Another mistake is going off track and veering into a market you know little about. It’s easy to have your head turned, but keep laser-focused and be a specialist.”

Luc Gueriane, Chief Commercial Officer at Moorwand, a payment solutions provider, agrees that focus is critical to success. “My advice is to focus on one or two solutions that you know you’ve nailed and that will gain a lot of attention. By doubling down on specialisms, fintechs have a clearer path to success,” he says.

While the digitisation of businesses has accelerated over the past 12 months, conversely, it has made life more difficult for fintech startups, points out Gueriane. “Launching a fintech has never been easy but the market has certainly gone through a dramatic shift that makes it harder,” he says.

“The pandemic has taken a lot of companies to new heights – especially those in digital payments. But it is now more challenging to access funding unless you’re an established brand who has already proved itself or you have a very specific solution that addresses a small but important problem in the market.”

However, despite the logistical issues that are plaguing all businesses, some experts believe fintech startups have had an easier time than other companies in adjusting to the 'new normal' due to the nature of their size and structure. "Smaller businesses and startups are more nimble and have the ability to adapt quickly. I see that as an opportunity, combined with the fact that people are adopting new technology at a faster rate than I can remember,” Munro says.

Meanwhile, Andra Sonea, Head of Solution Architecture at FintechOS, an app development, services and solutions enterprise, believes poor budgeting is responsible for the vast majority of fintech startup failures. “A lot of start-ups burn through money quickly, and don’t make that money back as fast as they should because they choose the wrong business model,” she says. “This is especially true of fintech start-ups pursuing a B2C business model, who will often overestimate the extent to which consumers will change their behaviour, or pay for a new product or service in addition to all the things they already pay for.”

As 5G becomes mainstream and more IoT devices hook up to fintech services, the data collected by fintech services will become more detailed and valuable. The technology accelerates payment speed and security processes, allows payment providers to leverage the power of tech such as AI, blockchain and API integrations in a faster way. Some industry experts believe that better connectivity will see the industry truly come into its own, becoming increasingly mainstream.

Marwan Forzley, CEO of Veem, a San Francisco-based online global payments platform founded in 2014, explains, “Financial technology is built to be done anywhere. Fintech innovators who adopt 5G technology can expect to engage in more partnerships, M&A, etc. as legacy financial institutions and banks look to modernise their service offering. We can also expect quicker transactions on a global scale as the uptake in 5G bolsters networks and reduces over-air network latency issues.”

Donald believes technological opportunities will also create a more even playing field. He says, “Certainly, I see this being a huge opportunity in the future to enable device to device data connectivity to advance the peer-to-peer payments space, this in turn will create greater opportunities for smaller companies and start-ups.”

He adds, “Open banking when effectively leveraged will be a vehicle for an optimised, personalised digital banking experience. It could also lead to the development of new payments networks outside of the big three, Visa, Mastercard and Amex.”

To truly run with the big boys and become an established entity, up-and-coming fintech startups must turn to M&A when the opportunity presents itself. The investment potential and pooled resources that such collaborations provide, enable enterprises to move from being entry-level players to serious market contenders.

Oliver Holle, the managing partner at Speedinvest – a pan-European early-stage VC with $486m in assets under management, believes collaborations can be critical. “Partnerships can be the key enabler for fintech growth,” he points out. “For example, Stripe partnering with Shopify really put Stripe on the map. I’ve seen single-line API infrastructure (which makes collaboration much simpler and easier) becoming a core feature of many fintech platforms to accelerate distribution, especially in B2B.”

Holle continues, “This is further underlined as Business-to-Developer is becoming a thing, which has seen the quality of documentation and developer friendliness increase dramatically over the past few years.”

“I would argue that collaboration is the new competition,” says Sonea. “Before fintech you had a handful of providers— mainly banks—and a handful of technology companies serving those companies. Fintech now has resulted in massive disruption that has spawned thousands of providers, often specialists in payments, lending, credit etc, who are themselves served by specialists. BaaS also means that fintechs can get tech from some firms, and then ‘rent’ the licenses from BaaS providers.”

She concludes, “With such a diverse pool of potential partners, it will be the fintech that collaborates best that will succeed.”

Oliver Holle, managing partner at Speedinvest, says, “One mistake made by startups looking to commercialise is being too driven by the product requirements of their very first customer, rather than building a product that caters to the broader market needs. However, by far the three biggest mistakes that I have seen during my career so far are: