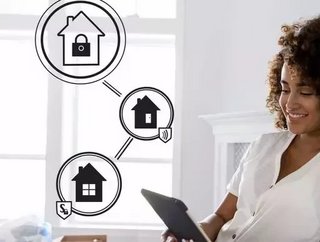 The Lagos-based fintech company Xerde has announced the rollout of it’s new application, Tudo, an innovative funding solution for businesses.

The new service provides social funding solutions that will drive innovation and encourage digital transformation by offering a range of accessible solutions to organisations in Africa.

The app was developed following demands for funding of social welfare initiatives in the wake of COVID-19 pandemic that hindered many small and large businesses and charities from operating and resulted in millions losing their livelihoods.

According to reports, NGOs and charity groups have been struggling to gather contributions to buy facemasks and sanitiser for the needy or cover feeding programmes for communities. They needed a transparent medium that can be tracked and monitored.

Each member who signs up to Tudo can see who has contributed what funds, just as they share messages, photos, and videos within an interactive user interface.

Fintech is a swiftly emerging market in Africa. In early 2020, figures showed that VC funding for African fintech startups had risen significantly.

Meanwhile, Branch, a Nigerian mobile lending app, raised $260m in funding and has facilitated $350m in loans to date. A recent report by McKinsey also highlighted that fintech investments in Nigeria have grown by 197% over the past three years, with the majority of investment coming from outside the country.

Innovation is also being tried and tested in Angola after the country launched its first regulatory sandbox. The project is being driven by a collaborative innovation consultancy Beta-i, to help the Banco Nacional de Angola to create an experimental regulatory environment for fintech.

Xerde technology is a startup that launched 12 months ago. The rollout of the new application coincides with the firm’s first anniversary.

Khadijat Abdulkadir, founder of Xerde, explained, “Tudo is a Social Fintech which enables financial collaboration by providing users with an alternative way to achieve social financial goals by creating and then sharing them with contacts to achieve them faster with the contribution of each individuals’ extended network.”

Abdulkadir, who has worked with world-leading organisations in the industry such as Microsoft and Accenture USA and Apside France, further added that the app provides an option for anonymity while also ensuring users’ protection via a high-level encryption. Explaining how it works, she said that users of the app can set up a group, have in-app chats and group discussions or set individual targets.

She said that the COVID-19 pandemic has led to a demand for technological solutions, with companies fighting to mitigate the losses incurred by the virus. Xerde had used its technology to assist businesses in their strategies as they navigated their way through the past 12 months, she revealed.

“With a beautiful user-friendly interface and robust offerings such as in-app messaging, goal likes, goal sharing, contribution tracking, group management, videos and images to tell your story, and even a referral program to help users earn money; Tudo is quite possibly the facebook for finance,” she added.