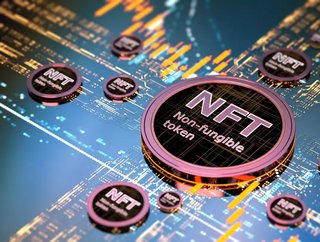 The film stars Oscar-winning Best Actor Anthony Hopkins (The Father), and was produced in 17 different countries entirely virtually during the 2020 global pandemic. It follows five characters based all over the world, connected only by their devotion to the late founder and tech titan Finley Hart (Hopkins). They are forced to work together to shut down Hart’s most secret invention, a machine that is either the solution to mankind’s problems or the end of life on earth.

To accompany the trailer’s release, Vuele has launched a Golden Ticket sweepstakes, which includes a variety of digital assets developed by CurrencyWorks. The Vuele Golden Ticket is the official access pass to the first four “wide release” film NFTs that will be available on the platform.

100 tickets are being randomly distributed to Vuele members each week throughout September.

“Our platform is designed to offer something to high-end collectors as well as the everyday film fan,” said director/producer and Vuele co-founder Rick Dugdale in a statement. “The Zero Contact Golden Ticket offers fans an opportunity to explore this NFT world and start building their digital wallet to get comfortable watching and owning movies on this new platform. As the NFT market is driven by scarcity, we are offering a ‘1 of 1’ NFT for the film. There will only ever be one minted of its kind.”

What is an NFT and what does the future hold for them?

An NFT is a one-of-a-kind crypto asset that enables collectors to authenticate, own and trade original versions of special digital goods using blockchain technology. They can be anything digital from drawings and paintings to music, but they can also be applied to a physical item such as coins or a stamp.

The record for the most expensive NFT ever sold was by a digital artist named Mike "Beeple" Winkelmann's. His piece of work,  Everydays: The First 5000 Days, sold for this record-breaking price at Christie's first-ever digital art auction on March 11th, marking the first time a major auction house has sold a purely digital NFT.

Kings of Leon became the first band to issue NFTs. They are selling three different tokens: one with their new album, another with live show perks like front row tickets for life, while a third contains exclusive audiovisual art.

It is clear that digital assets and blockchain technology are changing the future of trade. NFTs true potential is yet to be uncovered. Whether big industry players in art, design or fashion will buy into it or not is also yet to be seen. One thing is for sure, NFTs did open the door for many digital artists to be identified and valued, and the smart contract functionalities of the blockchain technology will be used in future valuations of many assets.