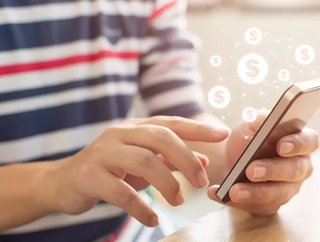 NatWest has introduced a new carbon footprint tracking feature for its mobile app to help customers reduce the climate impact of their spending.

The national launch follows an eight-week pilot of the CoGo-developed feature by 250 bank staff. The app shows customers the CO2 emissions associated with their daily spending, as well as providing hints and tips on how to go greener and resources for doing so.

According to NatWest, the insights from the pilot showed the average user saved approximately 11 kg of CO2 emissions per month by committing to behavioural changes that used less carbon – such as composting, reducing meat consumption, or switching utility providers. If this behaviour was replicated across NatWest’s 8 million customers who use the mobile app, it would save more than 1 billion kg of CO2 emissions per year, equivalent to planting 17 million trees.

David Lindberg, CEO, Retail Banking at NatWest, said: “We know that many people in the UK want to reduce their impact on the climate, and that to be able to change something in a meaningful way, you need to be able to measure it. Our use of CoGo’s expertise in carbon tracking in the NatWest app is a really important first step in making it easy for everyone to live and spend in a greener way – using the power of their money to influence change.

“It’s aligned to our core purpose as a bank and it’s going to give people the information they need to make informed choices about how they spend, as well as realistic and achievable ways of cutting down on carbon.”

A critical time to address the climate crisis

In addition, the pilot showed that women under 30 years old were particularly likely to make a commitment to changing behaviour after seeing the impact of their spending, with more than 55% choosing to take action.

Emma Kisby, CoGo, UK CEO, said: “We live in a critical decade to address the climate crisis, and we all have a role to play. CoGo is delighted to partner with NatWest to deliver our carbon footprint tracking feature to 8 million customers to inform them of their climate impact and reduce their carbon emissions. NatWest is providing us with a platform to deliver the scale and pace of change that is needed. Our vision is a world where knowing your carbon footprint is as typical as knowing the calories in your food or steps you’ve walked daily.”

NatWest users will see the feature enabled in their app in the coming months and the service is free for mobile banking app users – the information will appear in their ‘spending’ tab which is designed to help their customers understand where their money goes. The move follows a suite of improvements to help people build their financial capability in the mobile app, such as showing a user’s credit score or enabling them to set budgets and savings goals.