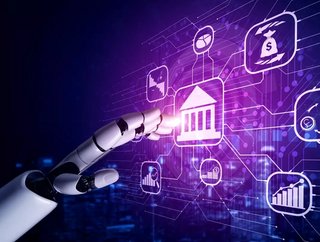 Unit4 finds practical issues are holding back finance teams, with 45% of those surveyed citing difficulties in integrating AI tools with existing systems

Unit4, a leader in enterprise cloud applications for people-centric organisations, has released the findings of Finance, AI and the future of decision making, Unit4's global survey of finance professionals.

The survey found that while awareness of AI among finance professionals is high with 70% at least with a little knowledge about AI, it was clear that those embracing it are outperforming their peers. When contrasted with respondents who have not yet adopted AI there are clear differences:

"AI is very much on the mind of finance departments around the world with early adopters confident it is having a positive impact on the performance of their organisations," said Gordon Stuart, CFO, Unit4. "However, AI should not just be seen as a way to automate processes. Finance professionals should use it as an opportunity to move into a more strategic role, becoming storytellers and influencers, interpreting data through technology analysis, and translating the findings into meaningful insights relevant to their organisations."

In the next two years, 83% of respondents expect to be increasingly involved in strategy and decision making, while 75% say their day jobs will have changed significantly in the same timeframe. There is a very strong desire to upskill, as 83% say that those in finance roles will have to enhance their skillsets in the next two years.

In the next 12 months, more than four-fifths of respondents are expecting to focus this upskilling on AI, machine learning, coding, analytics, and data science capabilities, but a third of respondents accept their organisations will need to bring in new hires to address the skills gap.

The value of AI in finance

Respondents to Unit4's study suggest the top benefits of AI are improving data quality (33%) and saving time (32%), but only a quarter of respondents say it would help colleagues make faster decisions, and only 24% believe it would deliver actionable insights for decision making.

"From our experience, if finance professionals want to play a more strategic role they must have the business and leadership skills to identify what the business needs to prioritise to succeed," Georgina Kossivas, Chief Financial and Risk Officer, Nuclear Waste Management Organisation. "Communications skills are also incredibly important to articulate insights in terms that are relevant to senior decision makers. Investments in AI will only deliver on their true potential if finance professionals have developed these skills sufficiently."