YTS: Open Banking could save SME lenders 18,000 hours a year 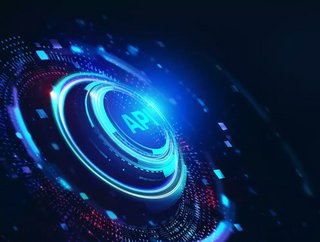 Open Banking technology could reduce processing times on borrowing applications by 85%, according to new research from Yolt Technology Services (YTS)

Yolt Technology Services (YTS), one of Europe’s leading Open Banking providers, has released new research suggesting that lenders could see the time they spend processing the average loan reduce by more than 85% with the adoption of Open Banking technology.

Currently, lenders process an average of 6,258 loans a year, with every single loan taking 3.5 hours for the business to process, according to YTS. Over the course of a year, the average lender will invest £530,053 into loan processing, accounting for staff time and administration costs. It takes an average of 16 days from initial application to payment,  due to bottlenecks caused by applicants as they assemble the necessary proof to complete the process.

However, YTS believes the adoption of Open Banking technology could significantly reduce these stressors on the efficiency of lenders. Open Banking allows lenders to cut out manual verifications, reduce costs, and offer an instant credit decision with fewer human errors. With these innovations, lenders can save approximately 18,000 work hours annually according to research by YTS.

“Both lenders and applicants want a frictionless process from application to decision to payment, however the current system that requires the manual intervention by both parties is both inefficient and frustrating. Through the power of open banking, relevant data is automatically uploaded and processed, saving time for both parties and reducing the risk of decisions made in error”, says Jack Tenwick, Head of UK Sales, YTS.

“For lender businesses, this means that not only can they offer a superior customer experience but that their own capacity for growth is greatly increased. As we anticipate a greater number of businesses looking to invest in potential growth as we emerge from Covid, this will allow lenders to meet that demand and remain competitive.”

What is stopping financial services from adopting open banking?

Earlier this year YTS carried out research that found that 42% of financial services businesses want better support and guidance on data security in relation to open banking.

The survey revealed businesses want better education and training, alongside increased guidance, to help reduce fears around the security risks of open banking adoption. Respondents also stated that they wanted this support to come primarily from regulators.

This ranked higher than taking a ‘wait and see’ approach by allowing more time for open banking technology to develop (39%), which has often been cited as a way to assuage data security concerns, but as YTS’ data demonstrates, won’t solve the issues businesses are facing.