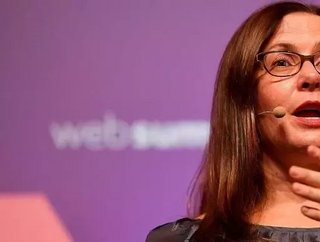 In August’s edition of FinTech Magazine, we broke down our Top 10 Women in FinTech. In at number 5 is Kathryn Petralia...

An American entrepreneur of distinction, Kathryn Petralia was ranked 98th by Forbes in its 2017 ‘Most Powerful Women in the World’ list. The Co-Founder and Chief Operating Officer of Kabbage in 2008, Petralia’s career has been shaped by technology, payments and e-commerce.

“I've been in alternative lending since the late '90s.” She said in an interview with business.com, “It's a very interesting area of financial services because it involves unique and interesting data combined with the potential for great user experience.”

Earning a BA degree in English Literature from Furman University (1986-1992), she became involved in the alternative lending market in the late 90s and launched/co-launched several startups, including Worthknowing.com which was eventually sold to CompuCredit and TransUnion.

Founded in 2009 by Petralia along with Marc Gorlin and Rob Frohwein, Kabbage provides small businesses with automated cash flow solutions using an innovative data and technology platform, with ongoing lines of credit up to $250,000. To begin with, the company offered business loans to eBay sellers, accessing their real-time data. Fast forward to today, Kabbage has over two million live data connections to customers, using technology to analyse small business’ real-time data to give smart and efficient automated decisions on lending.