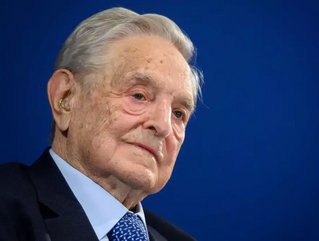 Known as “The Man Who Broke the Bank of England", George Soros’ life and long career place him in the top echelons of modern finance history...

Known as “The Man Who Broke the Bank of England" when he successfully short sold US$10bn of GBP and netted a profit of $1bn in 1992, George Soros’ life and long career place him in the top echelons of modern finance history.

Born in Budapest, Hungary, in 1930, Soros and his family endured Nazi Germany’s occupation of his homeland and survived the city’s deadly siege in 1945. Two years later, he became a student at the London School of Economics and eventually graduated with a BSc (1951) and MSc (1954), both in Philosophy, and later received a DPhil from the University of London.

Writing to every merchant bank managing director in London and getting only “one or two replies”, Soros began his financial career at Singer & Friedlander in 1954. This was soon followed by F. M. Mayer in New York (1956) and many others. By 1969 he had founded Double Eagle, a hedge fund, and then in 1970 he used the profits to create his own investment management firm, Soros Fund Management.

Double Eagle was later renamed Quantum Fund in 1973. At the time of its creation, the fund managed assets valued at $12m. In 2013 it generated $5.5bn, bringing its overall fund generation to $40bn and securing its position as the most successful hedge fund ever.

Not just a hugely successful businessman, Soros is also a notable philanthropist whose Open Society Foundation has donated more than $12bn to numerous causes. In particular, he favours initiatives aimed at reducing poverty, increasing transparency, and funding university education through scholarships.

Interestingly, his diverse range of public interests doesn’t stop there: in the late 80s to early 90s, Soros made it a personal mission to hasten the fall of communism in the Eastern Bloc. He did this by encouraging the flow of ideas and scientific research between Soviet countries and the rest of the world. Following the Soviet Union’s formal dismantling in 1991, Soros’ continued funding has been a bedrock for those rebuilding their societies ever since.

It is the sheer breadth and depth of Soros’ contribution to modern finance that we celebrate him in this issue as our first ‘Legend’. Though the mechanics of his success can be found in the careers of other leading figures, few command such thorough industry expertise, prescient market insight and socio-political influence.

Each month, FinTech Magazine will be summarising the lives and careers of the most significant figures in finance. Read about them - as well as industry stats, infographics, exclusive interviews, and more - in our new 'Upfront ' section.