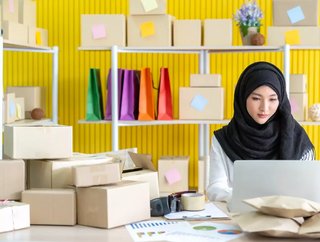 The rise of impact investing – a term that includes various principles from existing movements like socially responsible investment (SRI) to environmental, social, and governance (ESG) – is down to the fact that more than ever before people are seeking investments in companies and projects that match their values and safeguard their own future.

This means that investors are increasingly looking to put their money into renewable energy, climate action, sustainable agriculture, and many other causes that produce social or environmental benefits.

And it’s not hard to see why: over the past decade, the financial crisis, poor practices, and corruption across the banking industry have driven people to look for a higher level of ethical credibility when it comes to parting with their hard-earned cash.

Ethical investing has grown from a small trending movement to an all-out reality thanks to innovative services that make responsible investing more accessible without falling into false promises of ‘green-washing as has often been the case in the past – with big funds claiming they are social and ethical but are just using those terms to attract more business.

And with a new class of consumers driven by social consciousness, one of the knock-on effects is a higher demand on Islamic finance services and platforms.

After all, many of the tenets of the recent movements like ESG and SRI have been present and practiced in Islamic finance for decades.

Islamic finance has so much in common with ethical finance; halal investing focuses on growth opportunities that align with its key principles such as fairness, equity, and transparency, which in turn actually support sustainability No investments are permitted in restricted sectors, such as gambling, firearms, tobacco and alcohol. Excessive debt ratios or interest are also not permissible, with a complete non-tolerance for deception and an emphasis on risk-sharing.

Islamic finance has evolved from a relatively under-the-radar offering to a global industry worth over $2.4 trillion in 2019 and is forecast to reach $3.69 trillion by 2024, according to the Islamic Finance Report released at the end of last year.

While the global Muslim population remains one of the most significant drivers for growth in Islamic finance, the global trend of ethical consumerism is leading to a higher appeal of Islamic products for non-Muslim investors, too.

In fact, as one of the leading hubs for Islamic finance, the UK issued its second sovereign sukuk in 2021. Sukuk is a financial certificate that is asset-backed – similar to a Western bond – that complies with Islamic law, and at a value of £500 million was more than double the size of the UK’s first issuance in 2014. This has increased the supply of Sharia-compliant liquid assets and will further support the development of Islamic finance in the UK.

So, with a higher demand for services that focus on ethical finance combined with increased liquidity, Islamic finance is well-placed to become one of the country’s leading providers – and innovators – in impact investing.

The fintech sector is primed to spearhead the next phase of Islamic finance. According to a review by Keystone Law, the UK is now home to more than 27 Islamic fintech firms, which makes it ‘suitably placed to capitalise on the domestic and global demand for Islamic finance.’ By developing apps and services that enable easy access to ethical investing, Islamic finance can continue to serve both Muslim and non-Muslim investors as the global economy emerges from the Covid-19 pandemic.

The Bank of England has even argued that aspects of Islamic finance make it particularly well-suited to facing the challenge of a post-Covid recovery. As investors get to grips with the scale of debt accumulated in the response to the pandemic, risk-sharing contracts, including ones promoted by halal investing, pose lower risks to stability. Not only does halal investing help customers look after their money in a responsible way, it also ensures that they are financially literate – and not caught out in ‘buy now, pay later’ schemes that have been prevalent in recent years.

As a new generation of socially conscious investors look for moral and responsible solutions to finances, investments, and debt, we can expect to see Islamic finance exert its influence and further develop innovative services for an increasingly wide user base as the industry fosters an alignment with environmental, social and ethical values.