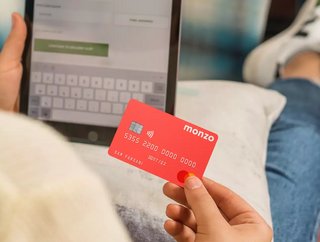 The digital bank Monzo is joining the UK’s “buy now, pay later” market and will be offering its customers credit limits of up to £3,000

Monzo, the UK’s leading digital bank, has launched a ‘buy now, pay later’ (BNPL) product called Monzo Flex, which will allow customers to split the cost of purchases into three payments, with any retailer.

How does Monzo Flex work?

Flex can be used on any transaction over £30 and can be retroactively applied up to 2 weeks after a purchase is made. Customers who miss a repayment will not be charged late fees, unlike some rivals.

“We know that money stops working for people when debt piles up and becomes a trap - so we’ve listened to customers and designed a better way for them to pay later, which puts them in control,” Monzo’s head of borrowing Kunal Malani said in a statement.

“Flex combines Monzo’s technology and banking expertise with its core values, ensuring customers always have visibility and control over their financial lives and only borrow money that they can afford to repay.”

An increase in BNPL services

The COVID-19 pandemic has been one of the reasons behind the online lending revolution in fintech. In 2020, the use of BNPL soared, reaching £2.7bn in transactions, according to official data. It has also been estimated that anything between 5 million and in excess of 10 million UK consumers made use of this type of borrowing last year.

Ministers and regulators have previously expressed concern that with BNPL. In February this year, the government announced that BNPL would be regulated by the Financial Conduct Authority to protect consumers after a review found there was the “potential for harm”.

This means providers will be subject to FCA rules and will need to carry out affordability checks before lending and ensure customers are treated fairly, particularly those who are vulnerable or struggling with repayments.