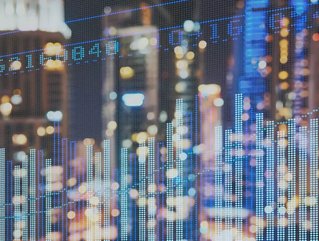 A new report estimates that the transaction volume of the global Islamic fintech market will reach $128bn by 2025, a 161% increase from 2020’s figure...

Confidence in the industry itself appears to be high: 56% of surveyed Islamic fintechs expect to raise an equity funding round of at least $5m. However, there still remain three core challenges facing the industry:

While these are, perhaps, not dissimilar to the strains encountered by fintechs everywhere, these countries’ relatively low scores on the Global Fintech Index (the UAE is the highest at #34) could enhance the difficulty of attracting talent.

Saudi Arabia is taking the lead

One of the best performing Islamic fintech markets currently is Saudi Arabia, a lead which the GIF Report expects it to maintain in the medium-term. Currently worth an estimated $17.8bn, it could reach $47.5bn in just four years.

However, rather than emphasising strong individual performers, the report finds the net improvement of the sector particularly encouraging:

“Most encouraging are the developments in OIC (Organisation of Islamic Cooperation) countries where large target markets exist,” said Abdul Haseeb Basit, Co-Founder and Principal at Elipses.

“The number of fintechs identified is more than double the amount first identified three years ago, demonstrating the rapid expansion in this sector which is set to continue growing at an accelerating pace.”

In fact, according to metrics like growth and conduciveness, the UAE and Malaysia are actually accorded more status as industry leaders, whereas Saudi Arabia, Iran, Bahrain and Indonesia are still ‘maturing’.

BNI Syariah, Bank Syariah Mandiri and BRI Syariah announced that they would launch Bank Syariah Indonesia, a three-way merger which was fulfilled on 1 February 2021.

Hery Gunardi, Head of Project Management Office for the Integration and Value Improvement of BUMN (state-owned) Sharia Banks, hailed the move as “a milestone in the revival of the Islamic economy and finance in Indonesia.”

Equally, Abdullah Firman Wibowo, President Director of Bank BNI Syariah, believed that the new development would “make Bank Syariah Indonesia an anchor in the halal industry ecosystem and support the vision to position Indonesia as one of the world's Islamic economic centres.”