How Digitisation has Transformed the Forex Market 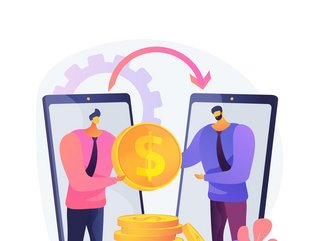 Thirty years ago, investing and trading was the preserve of a few select individuals on Wall Street. Today, consumers can trade thousands of commodities quickly and easily from the comfort of their homes.

This transformation has been keenly felt in forex trading. For consumers, the advantages are fairly obvious and straightforward. Log on to any of the major digital investment platforms and chances are you’ll be offered a range of currencies to trade, alongside the usual staple of stocks and shares, cryptocurrencies and commodities.

For investment bankers and brokers, the change is more significant. Digital transformation has reduced friction for forex traders, making trades more efficient and cost-effective. It has also spawned a series of new technologies, built on the back of artificial intelligence (AI) and machine-learning, that can – among other things – help to improve risk management.

David Mountain, EVP – Strategy, M&A, Analytics and Product for UK-based Crown Agents Bank, explains: “Digital transformation and fintech has already had a huge, positive impact on the forex market, with more progress still to come. The adoption of new technologies creates greater efficiencies within the FX process, reduces the costs, speeds settlement and improves transparency. In turn, this has increased competition in the market and is driving further innovation.

“New technology also has the knock-on effect of making FX more inclusive in two ways. First, reduced costs create benefits for everyone in the value chain and makes FX more accessible. Second, the need for cutting-edge FX solutions is powering digital innovation hubs in emerging markets, which are establishing themselves as new centres for financial technology.

“FX innovation has the potential to be the engine of intra-regional trading in previously underserved markets. In regions such as Africa and Latin America, where regional economic integration is incomplete at a legislative and infrastructure level, technology can be transformative. This makes business and investment easier and more affordable.”

How has fintech transformed forex?

The advent of new platforms for making cross-border payments, and trading commodities, has resulted in a ‘democratisation’ of forex. By 2019, this had catapulted trading in forex markets to $6.6trn a day, according to research by the Bank for International Settlements (BIS). This was up from $5.1trn a day just three years earlier.

All of this is set in the context of a record-breaking period for fintech generally. 2021 was a “remarkable year” for the sector, according to KPMG’s Pulse of Fintech report, with strong investment and a record number of deals in every major region. In forex specifically, this is highlighted in Visa’s $929 million deal for foreign exchange payments platform CurrencyCloud, which was announced last summer.

Yet despite the progress made in the retail market, there is still a sense that commercial forex lags behind.

“True, the sector’s liberalisation in the early 2000s spawned a number of non-bank forex providers and boosted competition. But this new wave of FX brokers consisted mostly of ex-bankers whose model was to undercut bank pricing while still making a fortune – by charging a variable and opaque mark-up on the customer’s exchange rate, rather than a transparent and easily comparable fee.

“To this day commercial FX is still done mostly on the phone, enabling brokers to give a customer a competitive exchange rate one day, but help themself to a fat margin on another day when the customer doesn't have time to collect and compare multiple quotes.

“For retail customers – typically those sending money to family overseas – this model has been disrupted by Wise (formerly Transferwise), Revolut and other successful fintechs, which charge customers a flat, low fee for each transfer.”

Phillips believes that digital disruption might now finally be coming to commercial FX, with new technologies that allow for better customer experience, more rapid trading and greater transparency around pricing.

What is the future of forex?

With its popularity continuing to grow, it is entirely possible that blockchain will be the new frontier for forex trading, enabling the platforms and technologies that provide for greater digitisation. And it is this emphasis on transparency where it would potentially offer the greatest benefit.

Unlike traditional forex trading, where deals are facilitated by a broker and there is generally little transparency around trades, blockchain creates a public ledger for each transaction. However, the very nature of blockchain could also prove to be a problem. Blockchain works by storing information across a network of computers, meaning a consensus is required for any changes to be made – this is what has made cryptocurrencies, and more recently NFTs, possible. However, it is possible that this would be a stumbling block for the forex space as it limits the amount of oversight that a regulator would need.

In any case, many believe that the key to advancing the digitisation of forex lies in commercial trades – in helping to further reduce friction, making forex trading quicker and more cost-effective for brokers and more transparent for clients.

Eric Huttman, CEO of MilltechFX, says: “We must focus our efforts on using fintech to help develop the real economy. That starts with the treasurers and asset managers who can face huge operational inefficiencies with their FX setups which directly affect their bottom line.

“Now is the time to leverage digital solutions to implement widespread and strategic change. If all parts of the financial services industry are to ‘build back better’ for their customers, the use of these technologies to establish a more efficient, transparent and cost-effective way of doing things will be vital.”