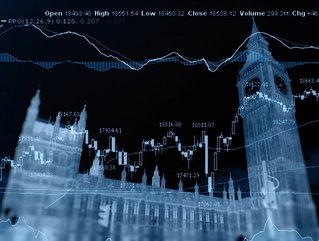 A leading Westminster think tank has warned that the latest UK government reforms could stifle the country’s competitive edge in terms of fintech growth.

Parliament Street - an influential, London-based think tank, says UK regulations have ‘suffocated’ London’s competitive edge when it comes to fintech growth. The report is in contrast to recent studies that have shown the UK fintech market to be the second most dynamic globally, surpassed only by the US in terms of sheer volume and start-up innovations.

However, industry experts are concerned that a raft of new government regulations will stifle the industry’s healthy growth and competitive edge. Parliament Street’s CEO, Patrick Sullivan, criticised what he views as excessive bureaucracy in the space, which was introduced as a result of the 2008 financial crash.

Sullivan said, “The financial services industry is the lifeblood of the British economy, and we cannot continue to allow excessive paperwork and compliance rules to suffocate its growth.”

Fintech in the UK is booming

Despite the red tape required within the fintech space and issues caused by Brexit, the UK’s fintech industry continues to thrive. Other, recent regulatory changes have seen employment corridors opened up between the UK and EU countries to boost recruitment and prevent issues that have resulted from EU citizens leaving the UK as a result of Brexit.

Speaking about potential reforms, fintech entrepreneur Khalid Talukder, co-founder, DKK Partners, a London-based emerging FX markets specialist, explained,  “The constraints of the 2008 global financial crisis have kept the city of London on a leash for far too long. Overwhelming amounts of regulation and red tape have effectively chloroformed entrepreneurs and ambitious financial services firms, whilst rival cities have been set free to expand and grow without interference. These proposals will turbocharge the city and empower the wider UK economy and should have happened years ago.”

However, other experts are less pessimistic and believe that current regulations are important to protect customers and build trust in the UK’s marketplace. Daniel Layne, founder, and CEO of fintech QV Systems said, “It’s important to recognise that regulation plays a crucial role in protecting consumers and businesses from poor practices such as mis-spelling, data loss, and fraud. Whilst proposals to roll back some of these policies to liberate the city and drive economic growth are admirable, great care needs to be taken to mitigate any negative issues that may arise from these measures.

Layne added, “Changes to regulation should be proportionate and considered, to avoid unintended harm to the long-term future of the financial services industry.”