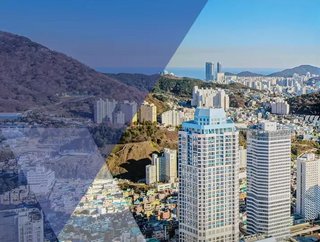 With a population of 3.4m people, Busan is the second-largest city in South Korea and has been rapidly developing into a fintech hub.

Considering that fintech is built around the internet, it is no surprise that South Korea is taking giant leaps in the sector.

The country is among the top five regarding internet infrastructure and smartphone penetration worldwide. It has become a digital powerhouse with faster broadband speeds than the global average.

The Busan Metropolitan City focuses on cutting-edge technology, and the Busan International Financial Center (BIFC) is the centrepiece of this transition.

On January 4, 2022, the city of Busan stated that work on the third stage of development in the BIFC complex would begin next month.

Fintech skyscrapers are on the rise

The development will be in Munhyeon-dong, in the district of Nam-gu, which already houses a 63-story skyscraper dedicated to finance.

A study by Long Finance noted, "Busan is confident that the robust IT economy of Korea will provide an unrivalled environment for startups, and the plan is for the advanced infrastructure to become the next hotspot for technology startups."

On a site of 10,293 square meters, the new construction work will create a total of five stories below ground and forty-five stories above dedicated to building fintech-related office space. It is scheduled to be finished in 2025.

In particular, the city plans to transform the area into a digital valley, dubbed 'D-Valley', focusing on blockchain technology and the metaverse.

Instability in Hong Kong is creating a vacuum for financial providers

The growth of Busan is in part due to instability in Hong Kong, which has prompted the financial sector to relocate to other regions of East Asia.

South Korea sees this as an added opportunity to make Busan a key financial centre in the region, especially since it is already a strong, stable, and established economy.

Busan has developed tremendously during the last century, with Munhyeon-dong turning from a village to an area with megastructures in just two decades.

According to a recent Bloomberg story, South Korea even topped Hong Kong for IPO proceeds in the third quarter of 2021. In addition, the Korea Exchange (KRX) houses its headquarters in Busan.

The financial industry's search for stability in East Asia only further boosts the development of the second-largest city in South Korea.

The city of Busan plans to accelerate the development of the fintech industry by housing some of the most transformative organisations in the sector.

It is a clever way of improving global competitiveness and capitalising on the current trajectory of events in both the region and sector.

Innovation is the key to success in the future economy, and South Korea is taking this message on board, with Busan leading the way.

While Busan may be the rising star in Korean fintech, other parts of South Korea, such as Seoul, which also has a fintech centre, are not being forgotten.

The next stage of BIFC's construction at Munhyeon-dong will be fascinating to see develop over the coming years, with Busan's focus on blockchain and the metaverse sure to result in some cutting-edge advancements in the fintech world.

It is only a matter of time before the world realises how quickly South Korea's economy is developing, and Busan has a vital part to play.

Let us know your thoughts by commenting on social media and tagging us on LinkedIn and Twitter.