A year in lockdown: How has Bitcoin navigated the Pandemic? 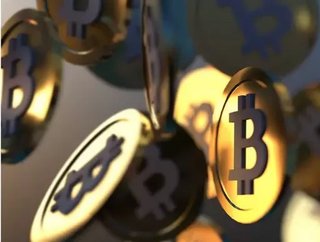 A look at how Bitcoin and other cryptos have weathered the global economic contraction caused by COVID-19...

March 2020 was the month of lockdowns, as much of the world sought to halt the spread of COVID-19 by bringing social and economic activity to a screeching stop.

Unsurprisingly, this marked a period of steep economic contraction, with the World Bank predicting a 5.2% decline in global GDP in 2020. But even if the coronavirus has damaged many businesses and national economies, it has no less boosted stocks and other financial assets, with bitcoin being possibly the most visible beneficiary of stimulus measures taken by central banks.

That may come as a surprise if you’ve been hiding in a cave since March 2020, which was a decidedly challenging month for bitcoin. The cryptocurrency had its emerging reputation as an alternative ‘store of value’ severely battered when it plunged by more than 50% in a couple of days, falling to $4,000 amid a panicked sell-off in stock markets. However, gold also fell in early March, and as with bitcoin, it too reached record highs in the months that followed.

Why? The main reason is that the Federal Reserve committed to theoretically ‘unlimited’ quantitative easing on March 23, setting the scene for its pumping of trillions of dollars into financial markets via the purchase of mortgage-backed securities bonds.

In the process, the Federal Reserve helped the S&P 500, the Dow Jones and bitcoin (along with gold) to reach record highs, with all three still testing their ATHs as of writing. Yet in bitcoin’s case, stimulus money isn’t the only reason for its dizzying rise since March 2020. It has also benefited from a growing sense that the US dollar is weakening, as well as a fear of imminent inflation. At the same time, record savings among consumers has also provided help to push its price to new highs.

The underlying rationale for buying bitcoin was probably best summed up by MicroStrategy, which was one of the first and highest profile companies to adopt cryptocurrency as a reserve asset. In its August announcement of its initial bitcoin purchase, its CEO Michael Saylor wrote that “unprecedented government financial stimulus measures including quantitative easing […] may well have a significant depreciating effect on the long-term real value of fiat currencies and many other conventional asset types.”

This paved the way for a gradual trickle of other companies to convert cash to crypto, a trickle that soon became more of a steady flow as 2020 entered its final few months. Payments company Square bought bitcoin worth $50m in October, while 169-year-old insurance giant MassMutual purchased $100 million in bitcoin in early December. Also, in October, PayPal announced that it would permit the buying and spending of bitcoin.

Such moves significantly reinforced the bullish argument for bitcoin, with MassMutual’s announcement coming only a few days before bitcoin broke the $20,000 barrier for the first time. Such purchases also paved the way for what was to follow in 2021, with Tesla most famously buying $1.5bn in bitcoin in early February, around a month before bitcoin hit its current all-time high of $61,711.

But it’s not only corporate and institutional interest in the inflation-busting properties of bitcoin that has buoyed the cryptocurrency since the doldrums of March 2020.

The onset of nationwide lockdowns has also, predictably enough, led to a massive accumulation of savings. Consumers have reportedly saved around $2.9trn worldwide over the past year, with the economy now offering few outlets for their extra cash. Many have turned to investing - with the recent GameStop mania indicating the interest there is currently in trading.

Savers are also not interested in purely traditional stocks. They’ve bought into the growing bitcoin market with increasing enthusiasm, with data from JPMorgan revealing that retail purchases of bitcoin outnumbered institutional investments  in Q1 2021, buying 187,000 bitcoins compared to 173,000.

What this suggests is that bitcoin has been one of the chief beneficiaries of the coronavirus pandemic. It also implies that once the economic recovery is close to complete (whenever that may be), we might expect a dip in the price of bitcoin as consumers begin spending again and institutions resume investing in actual economic activity.

That said, bitcoin appears to have proven itself as a legitimate investment vehicle, notwithstanding some lingering questions hovering over stablecoin issuer Tether. But even if an eventual economic recovery does cause it to dip, it’s likely to remain attractive to investors for the foreseeable future, not least because of its limited supply.