Why Gig Economy Has Become a New Trend in Fintech 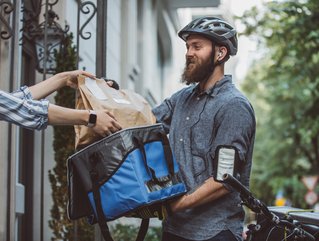 Sergey Mosunov is a serial tech entrepreneur, VC and the co-founder of bnine.com - Silicon Valley based ﬁntech payroll solution company.

It’s very likely that you know people involved in the gig economy, or you have the experience of being a part-time or full-time gig worker yourself. Uber drivers, delivery men and women, designers, Airbnb hosts, consultants, stand-up comedians, babysitters — these are just some of the jobs gig workers are doing. The growth of the gig economy in recent years has become an opportunity for many fintech ventures that recognise gig workers as high-potential customers.

First of all, work outside traditional employment is, indeed, getting more popular each year. According to a Mastercard research, the global gig economy will generate a gross volume of about $455bn by 2023 which is twice bigger than in 2018. The pandemic, though, might have accelerated the growth of the gig economy due to the fact that many people had lost their full-time jobs and had to go freelance. The Upwork’s 2020 study says that 36% of the total US workforce freelance and earn $1.2trn annually from it.

Besides, nowadays digital platforms make it easy for gig workers to get employed within hours with just a smartphone. Pew Research Center reports that, as for 2021, 16% of America’s adults have ever earned money from an online gig platform. The rise of the gig economy is also driven by the popularity of the work-life balance philosophy, which stimulates people to seek a more flexible schedule. The exponential growth, though, has its disadvantages and leaves a lot of gaps. One of them is that traditional financial services aren’t tailored for gig workers’ needs.

Financial gaps in the current marketplace

Gig workers may be good earners, but their income is often erratic, sometimes paychecks differ from month to month. As a result, they have problems with access to investment accounts, loans, insurance and other financial products. It means they are likely to experience difficulties with paying bills for unexpected emergencies, like medical treatment. It impacts the financial well-being of the gig workers and their families negatively.

Traditional banks aren’t eager to solve these problems because they are focused on the more premium audience and have little interest in those who earn about $2000 - $3000 per month with their income peak yet to come. Besides, brick-and-mortar financial institutions lack access to data about financial behaviours of gig workers, who often have to keep their financial activity unregistered. The lack of insights isn’t helping in filling the gaps in the financial industry. And, anyway, mainstream banks are too slow and complex in structure to take action fast. Fintech startups are more suitable for this job.

What Fintech can change for gig workers

What fintech companies see in the gig economy is the constantly rising number of the financially reliable potential customers who are underserved by the traditional banks. In other words, it’s the lack of competition mixed with the ability to help millions to access better living and to earn some money by doing so. That’s why fintech startups choose this direction. They attract customers with flexible payment solutions, lowered fees, fast operating and the convenience of a thoroughly designed interface.

Ventures, such as B9, Chime, Earnin, and Brigit, are able to calculate risks with the help of AI at incredible speed. They use it to provide gig workers with quick access to advances on paychecks with zero fees. It’s crucial for gig employees’ financial sustainability, so that in case of emergency they don’t have to go to shady microcredit organizations and pay an annual interest on borrowed money of about 500-700%. Sometimes the circumstances don’t give people any other options. Unbanked and underbanked communities are often targeted by predatory lenders, perpetuating patterns of inequity. Digital banks are eager to make the financial environment safer and more convenient for those involved in the gig economy.

Having a lot of data about customers under their belts, these companies are able to target narrow segments of gig workers and create more personalised offers. At the same time, they don’t have to put too much effort and money into user acquisition because their clients are satisfied enough to share the information about them with friends and acquaintances.

About the author: Sergey Mosunov is a serial tech entrepreneur, VC and the co-founder of bnine.com - Silicon Valley based ﬁntech payroll solution company