What is the Twinting phenomenon sweeping Switzerland? 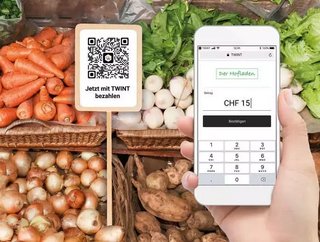 The digital cash solution Twinthas had a tremendous impact on Switzerland, but what's driving its success? FinTech investigates. Since its creation in...

The digital cash solution Twint has had a tremendous impact on Switzerland, but what's driving its success? FinTech investigates.

Since its creation in 2017, Twint has unified Switzerland through its comprehensive digital cash solutions. Now with over 2 million customers, more than a quarter of the Swiss population are twinting, and this number is only set to accelerate. Championing the success of Twint is CEO, Markus Kilb, who has led the company to become not only an integral part of digital payments in Switzerland, but an exciting one, as it remains the fastest growing provider in the region, with a nearly four-fold increase to transactions from the previous year.

Twint is unique as it integrates peer-to-peer platforms in a way not previously done. “Twint is modified to be used for both Android and iOS and while other platforms are not interoperable, Twint's software is agnostic of operating systems, allowing a full range of peer-to-peer payments,” Kilb says, and this goes beyond the two platforms. The integration of over 100,000 merchants allows for users to pay for products, book travel and cinema tickets as well as store reward points, all through Twint. Loyalty schemes are a key part of Swiss commercial culture and Twint has ensured that this is as deeply integrated into the app as it is culturally. Kilb notes that one particularly popular loyalty card is the “Coop Supercard” from Coop Group, one of the leading retail companies in Switzerland.

In addition to e-commerce and physical point of sale, Twint also harnesses QR technology, whether it's for users to pay for one of Switzerland's 100,000 parking spaces, or to pay for a selection of vegetables from a self pay stand outside a farm. This simple but effective solution eliminates the need for cash or offline payment terminals, creating real benefits for a customer by solving day-to-day issues.

To discover the full story, check out the report in our brochure