VR, AR and the future of payments 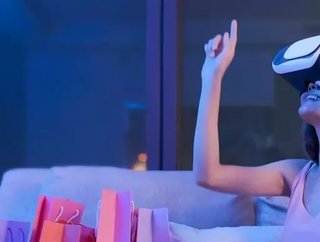 Alongside flying Deloreans and robot butlers on roller skates, few things evoke a sense of the futuristic more than virtual reality (VR).

Artists, authors and philosophers have been grappling with the themes of “unreal worlds” that we might inhabit, mostly indistinguishable from our own, for millennia: just look at the allegory of Plato’s Cave - its inhabitants living their whole lives convinced the shadows they see encompass the entirety of their reality. In the last century, science fiction has often speculated on the role that virtual realities might play in our societies, from Laurence Manning’s 1933 serial The Man Who Awoke all the way up to probably our biggest modern touchstone for VR: The Matrix. Obviously, in much the same way that robotics and artificial intelligence (AI) haven’t led to our destruction by terminators and replicants, and experiments with gene editing haven’t led to any dinosaur outbreaks (that we know of), VR seems equally unlikely to trap us all in pixelated prisons any time soon.

As a technology, VR - and with it augmented reality (AR) - is still in its relative infancy. It’s seen widest adoption in the gaming and electronic entertainment verticals, but industries around the world are quickly catching on to the fact that bringing customers and employees into virtual spaces is poised to have a profound impact on the way they work, play and spend their money.

In 2018, the VR market was worth about US$7.9bn (which is roughly equal to the GDP of Tajikistan, in case you needed a more familiar reference point). By 2024, that figure is predicted to increase to more than $44.7bn (placing it somewhere between Paraguay and Cameroon). That’s a CAGR of more than 33%: a staggering figure in an industry of that size. In short, VR and AR are set to be economically disruptive trends on par with Blockchain and potentially even AI adoption.

Although VR and AR are still in their relatively early stages, the technologies’ applications are already gaining traction in the fintech payments space. From more immersive forms of ecommerce to in-store experiences, the disruptive potential is significant. However, there are also signs that the integration of payments into VR and AR experiences has the potential to encounter similar problems to other experiential technologies like 3D films. Overcoming these challenges will shape the relationship between fintech payments and VR over the coming decade.

The platform of the future

In much the same way that VR is being harnessed by the gaming and entertainment markets to create more immersive experience, the technology also foreshadows a trend towards increased immersion in the payments space. In this age of instant gratification, the ability to integrate the payment process into the customer experience as unobtrusively as possible is a huge potential driver of value.

In January, Facebook Founder Mark Zuckerburg made a post exploring his predictions for technology throughout the coming decade. He noted that “The ability to be ‘present’ anywhere” has the potential to massively impact the way we work and solve societal issues. It’s not like he doesn’t have skin in the game, of course, as Facebook purchased VR trailblazer Oculus in 2014 for $2bn. Zuckerburg clearly sees VR and AR as the next phase of our interaction with the digital world. “The technology platform of the 2010s was the mobile phone. The platform of the 2000s before that was about the web, and the 1990s was the desktop computer. Each computing platform becomes more ubiquitously accessible and natural for us to interact with,” he notes. “While I expect phones to still be our primary devices through most of this decade, at some point in the 2020s, we will get breakthrough AR glasses that will redefine our relationship with technology”. As ecommerce continues to grow, and the fintech industry continues to digitalise the finance sector with unprecedented speed and scale, the potential for VR and AR to shape the way we interact with the payments process becomes even clearer.

One of the biggest applications of VR to ecommerce and retail to take off so far has been the creation of virtual showrooms. Back in 2017, Mastercard, immersive experience startup YouVisit, and luxury brand Swarovski collaborated on a virtual shopping app which allowed customers to virtually explore a stylish model home filled with Swarovski’s decor. Using a VR headset (optionally encrusted with Swarovski diamonds), customers could navigate from room to room and, with a gesture, highlight everything from decorative candlesticks to wall art. The app then presented users with information on the items and allowed them to make purchases then and there using Mastercard’s MasterPay platform. “This partnership allows consumers a fully immersive shopping opportunity to interact with the product and then purchase seamlessly within the experience,” Nadja Swarovski, Member of the Executive Board of Swarovski Crystal, commented. “The cutting-edge VR technology allows consumers to fully realize scale and engage more deeply with design details before making a purchase.”

In the same year, Visa also launched one of the first virtual shopping environments, complete with integrated payments. Launched at Money 20/20 in Copenhagen, PayScout and Visa’s VR-powered app marked the first time that customers could shop and purchase physical products within an immersive VR experience — and have those products delivered to their homes. "Virtual reality is already one of the best ways to bring unique and immersive experiences to life, and we've now unlocked VR as the next frontier of digital commerce," said Sam Shrauger, SVP of Digital Products at Visa. Users could use the app to browse products from LA-based clothing retailer Body Language Sportswear, browsing, rotating and purchasing the items without leaving the app. These applications are gaining traction around the world, as customers flock to features like product visualisation, virtual fitting rooms, access to product information and virtual malls.

While 2016 and 2017 saw a veritable explosion of virtual showrooms backed by big financials and tech firms, the trend has died down a little in the following years. If you’re looking for an analogy, think about 3D films. Every few decades (most notably in the 1950s and the 1980s, and then again in the 2010s following the success of James Cameron’s Avatar) the technology developes to a new level of sophistication and, as a result, is pushed hard at audiences for several years. So far, the response from audiences with regard to 3D films is that the added immersion of a protruding spear, or the realistic contouring of Gerard Butler’s abs, is a cheap gimmick at premium prices.

This isn’t to say that VR and AR in retail is a cheap gimmick by any means. However, audience fatigue over paying more for a less refined experience is a critical lesson for companies looking to explore VR applications in their ecommerce offerings. Experiences need to achieve goals of seamless integration and ease of access if the market wants to avoid the kind of 30 year hibernations that have plagued 3D cinema.

However, there is one major factor impacting the world right now that could spell good news for VR and AR adoption.

BOX OUT: The Virtual Mall

Take a one-off VR project like the Mastercard-Swarovski showroom, add scale, and you get the virtual mall: A large, completely digital, environment where customers can browse multiple vendors and explore different goods in the same way they would in a physical retail space. The first virtual mall debuted in Korea in 2017. Customers in VR headsets could browse a space containing goods from Korean retailers like Lotte Department Store, Hyundai Department Store, E-Mart, LG Electronics, and Lotte Hi-Mart. While revolutionary, the experience was more of a marketing stunt for a tech event than a lasting establishment.

One of the world’s biggest virtual malls is operated by Chinese retailer K11, which has stepped up its efforts in response to the COVID-19 pandemic. K11 lets visitors virtually visit 46 brand stores, browse goods along aisles as they would in the actual stores, and then purchase those items for delivery. The mall launched in beta this February and has already reportedly seen 200,000 visitors.

While VR shopping malls haven’t exactly blown brick and mortar retail (or traditional online shopping) out of the water in the last few years, the enforced isolation of the pandemic, along with increasingly seamless payment integrations, has the potential to tip the scales.

At a time when customers’ access to physical retail locations is increasingly restricted by factors like COVID-19, the ability for VR to give consumers access to the facsimile of physical spaces has huge potential for brands looking to curate and present novel experiences. “The Covid-19 pandemic has turned the world upside down. Yet the virus has initiated perhaps the first stage of a good behavioural change. The lockdown in place today is unprecedented, yet its timing is fortuitous,” commented Nikhil Joshi, Co-founder at AR/VR specialists, Digital Jalebi. “Work in technologies like AR/VR/MR allows people to shop, talk, and socialize using these immersive platforms. These technologies are affordable and readily available. Even after the lockdown ends, the behavioural change it instigated will last considerably longer if not forever.”

Joshi believes that this is the right moment to scale AR and VR usage dramatically. “AR, VR, and mixed reality aren’t science fiction; they are fully developed technologies that are as reliable as laptops and smartphones. The only thing missing for their widespread adoption was an impetus to meet and shop in virtual worlds. That impetus has come with the COVID-19 pandemic and ensuing lockdown.” However, if VR and AR are going to operate as successful stand-ins for physical experiences - and compete with traditional shopping experiences - then the integration of payments into the process is going to be essential.

Going into the future, a baffling contradiction still exists: VR and AR are unquestionably on the rise, and all predictions point towards the technology becoming as important a part of our daily lives as the car or the cell phone. However, examples of companies actually pushing AR and VR together with payments and towards the mainstream seem to be getting rarer. Mastercard is using VR and AR as more of an educational tool for their customers to learn about its other services. The VR retail launch that received the most attention in the last year is yet another high-end fashion stunt. The potential is undeniably there, but the creation of things like showrooms and online shopping malls - and their subsequent lacklustre impact on ecommerce trends - suggests a mentality of trying to make the horse drive the cart. Creating VR applications to drive payment functions doesn’t resonate with customers.

There’s another way, however, which has more potential of normalising VR and AR payments: applying payments to VR and AR experiences that already exist. As mentioned earlier, the earliest adopters and biggest sources of revenue for VR technology have been in the gaming and entertainment space. Consider again the size of the VR market in 2019: $7.9bn, according to Markets and Markets (about 1.01 Tajikistans per fiscal year in case you were struggling). According Fortune Business Insights, in 2019, the VR in Gaming market accounted for just over $5.1bn. Even accounting for discrepancies between sources, that’s a huge portion of the existing VR market. The global video game industry generates more than $120bn every year (which puts us in Kuwait territory). A potential key to successfully growing the payments space using VR and AR is to target applications in the industry that most widely uses it: electronic entertainment.