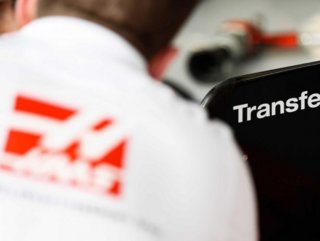 TransferMate’s latest funding round generated US$70mn of capital and boosted valuation to $1bn, enabling the company to expand into new marketplaces

TransferMate, one of the world’s leading providers of B2B payments infrastructure as-a-service, has announced a US$70mn funding round, bringing the company to a valuation of $1bn and $130mn of total funding.

The news follows on from the cross border payments provider's move last month which saw it become an official ‘Team Partner’, of F1, with is logo being featured on the Haas F1 Team’s VF-22 car and the shirts of drivers Kevin Magnussen and Mick Schumacher during the 2022 FIA Formula 1 World Championship.

One of the largest UK pension funds, Railpen, which is managing more than $40bn, took part in the TransferMate funding drive. The fintech currently allows businesses and individuals to make cross-border payments in more than 201 countries and 141 currencies, as easily and cost-effectively as if making a domestic funds transfer, and with complete transparency of the transaction through to the point of final reconciliation.

According to reports, TransferMate has expanded its global licensing infrastructure and banking network to be one of the widest in the industry. The fintech is also partnered with some of the largest software platforms, innovative banks globally in its role as a provider of B2B payments products.

The latest funding drive is mostly made up of primary capital that will be used to expand TransferMate’s services globally as well as enhancing its technology innovation and product suite.

Terry Clune, TransferMate’s founder, said of the announcement, "We are delighted to welcome Railpen as a shareholder at this exciting time. By combining our technology and our global licence network, we empower software providers, banks and fintechs to deliver payments dramatically faster and cheaper than the traditional SWIFT system.”

He said TransferMate will also use the investment to continue to recruit senior financial talent who can help broaden the fintech company’s customer base.

Sinead Fitzmaurice, CEO of TransferMate commented on the mission of TransferMate, which has been to set new standards in how businesses make and receive international payments. “Our commitment to deliver real-time transparency and speed when businesses are conducting cross border payments has resulted in TransferMate becoming the global B2B payments infrastructure of choice for the world’s leading procure-to-pay and spend management platforms,” she said.

She added, "This investment will allow us to accelerate our mission to drive innovation as businesses seek to digitise their B2B payments within the core software that they use to conduct their day-to-day activities.”