Thailand is the next step on Alipay's global journey 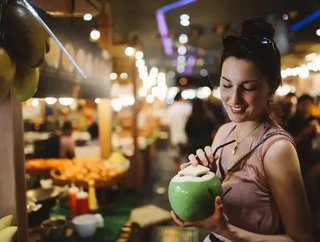 Following significant growth across Europe and Japan, the next stop on Alipay’s world tour appears to be Thailand – and this latest relationship is...

Following significant growth across Europe and Japan, the next stop on Alipay’s world tour appears to be Thailand – and this latest relationship is set to be mutually beneficial, too.

The Tourism Authority of Thailand (TAT) has signed a letter of intent with the Chinese payment platform in the hopes that its integration in Thailand will boost Chinese tourism to the country.

Around 10.5mn Chinese tourists visited Thailand last year, and many will have used Alipay which is already available in the country.

The TAT will now work a lot more closely with Alipay to help customers more easily access tourism-related services such as restaurants, spas, hospitals, department stores and theme parks, according to the Bangkok Post.

Alipay will encourage tourists to spend more in Thailand through rewards schemes, while the TAT will encourage more operators across the entire country to integrate Alipay.

Alipay has been inking several international deals of late, all with the aim to take advantage of the surge in tourism from China that has taken place over the past few years. As a result of decreased airfares and relaxed travel restrictions, as well as a growing middle class with more disposable income, countries in Asia Pacific such as Thailand and Australia, as well as further afield such as the UK, exhibit growing revenue from Chinese tourism.

Popular luxury retailer Karen Millen, which operates from a total of 73 locations across Europe, recently integrated Alipay with the help of Wirecard, and Alipay has also inked a deal with Barclaycard so it will be accepted by more UK merchants.

Meanwhile, in Japan, Alipay has now connected with 300,000 retailers, which marked a 500% increase on last year. The provider’s parent company, Ant Financial, cited that more than 8.3mn people travelled from China to Japan in 2018, accounting for 27% of total arrivals in the country.