Tencent’s evolution into the payment industry 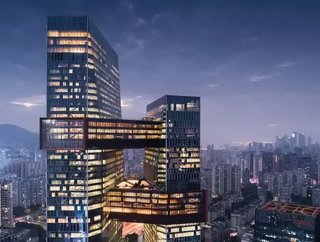 Tencent’s understanding of its wide customer base has allowed its successful transformation into the payment market, changing the ways in which transa...

Tencent’s understanding of its wide customer base has allowed its successful transformation into the payment market, changing the ways in which transactions are carried out in Asia forever.

The multi-conglomerate Tencent has moved across industries since its creation in 1998. Originally a platform that created online multiplayer games such as League of Legends, it moved into the instant messenger service, QQ. According to the Senior Product Director of Tencent, Wendy Sun, who spoke at Money 20/20 2019, Tencent wished to adapt alongside its customers, who “changed from the PC to the mobile phone age.” This sparked the creation of WeChat in 2011.

In 2013, WeChat Pay was launched and the company moved into the finance space with the creation of WeBank (China) two years later in 2015, before beginning to expand overseas to Hong Kong and the Malaysian markets in 2013, 2016 and 2018, as Tencent began to establish itself as a key player in the financial payments industry.

Sun shared one innovation that has had a great influence with the launch of the payment app. “In 2014, Tencent’s WeChat fundamentally changed the game, by allowing you to send the digital red packet to your friends or to your chat group. Traditionally, the hóngbāo, the Red Packet was only given between family and friends for good luck during the Chinese New Year period.”

Sun explained that WeChat Pay enables almost all aspects of the average Chinese person’s life. “As well as connecting people with each other, WeChat Pay also connects people with services.” If an individual leaves the house with their phone, then they do not have the need for money or a wallet, as WeChat Pay enables them to shop without these items. WeChat Pay is now the most popular payment network in China, with over 1bn users. “This total mobile internet solution brings the convenience to people's lives.”

Tencent also expanded their financial technology to offer the “boutique” wealth management, lending and insurance service, Licaitong. According to Sun, as of September 2018, “Licaitong became the second largest online wealth management platform in China with more than ¥500bn in aggregated customer assets.”

WeChat Pay has not only had a strong domestic impact, but has also cultivated an ease of service for Chinese users internationally. Sun noted that, in 2018, Chinese tourists made up 149mn trips, a 14.7% increase from the previous year. When Chinese tourists travel abroad, they can use WeChat to complete transactions with Tencent organising the currency exchange through the app. Tencent also has a program embedded in the app for tax refunds. This includes refunds in real time at 83 airports in 20 countries.

Further innovation has allowed the company to improve the lives of its users. “Tencent is passionate about improving people's quality of life through technology,” said Sun, going on to discuss We Return, Tencent’s product designed to assist in the smooth transactions of several thousand domestic helpers who work in Hong Kong, but who are originally from the Philippines and Indonesia. She emphasised that these helpers work 6 days a week, and will spend three hours queuing in central Hong Kong to send money home just to settle remittance.

“At Tencent, we launched the ‘We Remit’ through our WeChat Pay Hong Kong Wallet. We give all the helpers a hassle free, real time remittance service. Just from a simple click, all the helpers can send the money to their distant relatives, instantly.”

Tencent’s expansion is constant, but adapts its services to suit each region. In South East Asia, Tencent got its e-money license, from Central Bank of Malaysia in 2017. In South East Asia, Tencent received its e-money license from the Central Bank of Malaysia in 2017, and has since grown its customer base in the region to over 20mn registered users. A similar product to the red packet was released in the region, only to suit Malaysia’s local festivals. “More than that, we also help the Malaysian local merchants use our platform to engage customers through the whole WeChat ecosystem,” said Sun.

To understand Tencent’s commitment to creating a beneficial product to its user base, Sun shared the three questions that the company asks itself when developing a new product. “What kind of product do we need to provide the customer? What value can we add to the service we provide to our customers, and what is actual difference we can bring to the market?”

“Tencent’s strategy is to connect everything. From the beginning we connect people with each other and then create the ecosystem. We want to connect the customer with the services. The key is to understand your customer to enable them to receive real value-added service, which they really want to do on your platform.”