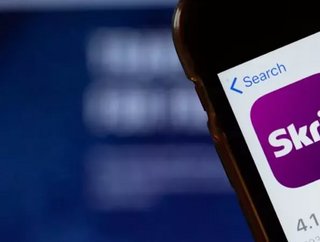 The subsidiary of Paysafe, Skrill now has 35 cryptocurrencies available for customers outside the US

Skrill, the specialised division of Paysafe, has added 20 new cryptocurrencies to its digital wallet for customers to buy and sell outside the US.

The new additions bring the total number of currencies to 35 - and Skrill, which was launched in 2001, is also entering 11 new US states and territories as part of its continued expansion.

According to reports, the expanded portfolio is also available in NETTELLER - another of Paysafe’s proprietary digital wallets.

The latest expansion plans for Skrill following its entry to the US were announced in March 2021. Since then, the fintech has increased its presence and is now available in 48 states across North America. Most recently, these include major hubs like California, Pennsylvania, Florida, North Carolina, and Massachusetts.

The company made its initial public offering in 2018 and has been focused on expanding ever since, providing more services for cryptocurrencies and offering customers greater flexibility in terms of ease of trade and the variety of currencies available. Skrill, customers can make direct crypto-to-crypto currency conversions as well as set recurring or conditional orders, for example, based on price fluctuations.

Research published by Skrill and Paysafe earlier this year indicates that 28% of 8,000 consumers surveyed believe cryptocurrencies are a sound investment, while 38% have already either invested in or bought a cryptocurrency.

Rupinder Singh, Paysafe’s SVP, Consumer, Digital Wallets, explained, “After a surge in overall activity in the industry we’re seeing more interest in cryptocurrency than ever from our digital wallet customers, both current and new.

“The potential for this service is growing all the time, and we want to continue to expand responsibly what we offer at the same rate by adding new functionality, enabling new currencies, and launching in new territories.”

He added, “Our aim is to make it even easier for consumers to get started in crypto using Skrill or NETELLER.”