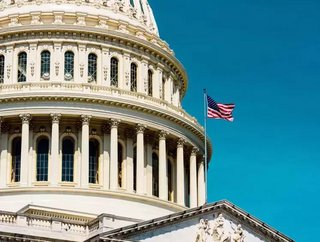 Stripe has reportedly joined the host of leading digital payments platforms that have decided to prevent President Donald Trump from using their service...

Stripe has reportedly joined the host of leading digital payments platforms that have decided to prevent President Donald Trump from using their services.

Following a large scale attack on the US Capitol building last week, which resulted in the deaths of five people, Stripe’s decision was apparently based on the president’s violation of its policies against encouraging violence. The company previously processed card payments on Trump’s official website.

Other leading payments and ecommerce companies like PayPal and Shopify have taken a similar stance:

“PayPal carefully reviews accounts to ensure our services are used in line with our long-standing policy. We do not allow PayPal services to be used to promote hate, violence or other forms of intolerance.”

"Shopify does not tolerate actions that incite violence. Based on recent events, we have determined that the actions by President Donald J. Trump violate our Acceptable Use Policy, which prohibits promotion or support of organisations, platforms or people that threaten or condone violence to further a cause. As a result, we have terminated stores affiliated with President Trump."

Dan Schulman, CEO of PayPal, stated that the incident at the Capitol should serve as a reminder of peaceful democracy’s importance in the US. “Now, more than ever, we need to foster an environment of inclusion and healing, where we listen to each other, respect each other and keep our country as a beacon for democracy.”

With the president now also blocked from social media platforms, most notably Twitter, the widespread condemnation against the actions of his supporters has been made fully apparent.

Last week, Trump himself signed an executive order banning US transactions with Alipay, WeChat Pay and QQ Wallet, some of China’s largest apps, citing data privacy concerns as his motivation.

Coming into effect 45 days after Trump has left public office to be replaced by president-elect Joe Biden, a preliminary injunction has already been initiated to block the order.