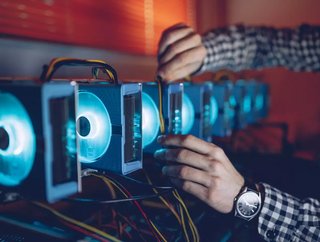 El Salvador’s adoption of Bitcoin may be just the beginning for both Latin America and the world, argues Simon McLoughlin, president & COO of Uphold

The announcement and subsequent launch of Bitcoin as legal tender in El Salvador has certainly turned heads. The move has not been without issue but is also so far moving ahead full steam. Truly, the potential benefits of such a change stand to truly boost the nation, though its true uncertainties still lie ahead. Perhaps most importantly, though, is that if this goes reasonably well, then it stands to be the tip of the iceberg for the global economy. Soon, nations all over the earth may begin making similar moves, and the ramifications of doing so will be historical.

The Story So Far

When El Salvador made headlines and sent ripples through the global financial sector by announcing that it would make Bitcoin a legal tender within the nation, the country's president, Nayib Bukele, admitted it was an attempt to both bolster El Salvador’s economy, as well as bring the Latin American nation into the first world.

To foster this rollout, the government has created an officially supported Bitcoin wallet, known as Chivo wallet, and any citizen using the app will receive a free $30 in Bitcoin for signing up. Furthermore, Bitcoin can be converted to cash both within the Chivo application as well as at special ATMs nationwide. Finally, Bukele announced that he has committed a fund of $150 million to ensure that there is sufficient liquidity for conversion between Bitcoin and USD. Ultimately, the goal is to make Bitcoin easy to access and use for all of El Salvador’s population.

Of course, responses to this announcement and subsequent launch have been mixed. Not everybody in the country understands or wants digital currencies. Many took to the streets to protest the move, claiming that forcing merchants to accept crypto was unconstitutional. Others highlighted how this shift can benefit small and large businesses alike, and the ways it brings financial options to the unbanked.

Some of the pushback has also come as there have been technical issues tied to the official rollout. For example, there were reports of users not being able to access their Chivo wallets, or not receiving Bitcoin after sending money to the app.  While glitches like this can be expected with new technology campaigns, these issues need to be addressed in order for average users to trust the platform. To be fair, citizens are not forced to use the Chivo wallet, though they are incentivised to.

The Rationale Behind the Switch to Bitcoin

Putting aside some of the hurdles involved with getting this new currency out to the public, the fact remains that Bitcoin, and other cryptocurrencies, offer many valuable benefits to both governments and individual citizens. While some may see Bukele’s actions as a publicity stunt, and maybe it is, there are still a multitude of reasons why other countries should pay attention, and may want to follow suit.

For one, there’s the ongoing and accelerating devaluation of the US Dollar. That is to say, the buying power of USD has been slipping for some time, but it is getting worse. Most notably, the global crisis of the last two years has caused the US Federal reserve to go into overdrive printing new money, which can’t help but devalue existing supply. Many nations in Latin America are either directly or indirectly “dollarized.” That is to say their economies are largely built around USD. El Salvador is directly dollarized, having adopted USD as a national tender decades ago.

Furthermore, neither El Salvador nor any other nation dependent on US currency can actually print any more of it, only the US can do that. These nations receive their supply of USD from exports and remittances, primarily. Hence all they can do is sit and watch as their economy is gutted, or expand their available currencies. To this end, Bitcoin makes perfect sense. Instead of devaluation, Bitcoin is averaging higher and higher. Furthermore, the nation didn’t drop USD, it simply added BTC as an additional accepted asset, adding flexibility for both government and the private sector.

Another reason Bitcoin makes so much sense has to do with the aforementioned remittances. Many families in Latin America make their money across borders and send it home, and it makes a notable portion of the economy. Currently, these transfers have to be done by banks or third party companies, and in either event they tend to take between 10 and 20% of the amount being sent, which notably erodes a families income and subsequently hurts the entire nation. Additionally, these transfers can take days or longer, which can also put added burden on those who need the money.

Bitcoin however is natively global, and while there are fees attached, they are nowhere near 10%. Furthermore, transactions generally take less than half an hour. Even during high congestion, they certainly should take well under the current standard of multiple days. This offers a much more realistic avenue for workers in the region to handle their finances. When you additionally introduce the possibilities available in the broader cryptocurrency ecosystem and Decentralized Finance (DeFi), you can see that this offers a full suite of banking services to a population that is over 70% unbanked, currently.

Still Work to Be Done

That isn’t to say there aren’t issues and uncertainties, on top of possible technical glitches. For one, Bitcoin offers the potential for financial freedom, but it isn’t quite a guarantee. The bitcoin blockchain is transparent, meaning that if properly monitored, the monetary dealings of all involved can be tracked. If any government, El Salvador or otherwise, wanted to have total control over their citizen’s accounts, Bitcoin could help facilitate this. Similarly, while El Salvadorians are free to use other wallets, the Chivo wallet is run by the government and is not open source, so the potential for this becoming closer to oppression than freedom is very real, and only the future history will tell the tale.

There’s also the issue of Bitcoin’s volatility. In the long term, the asset tends to keep climbing, but it suffers from infamous volatility. 50-80% corrections have happened before, and will almost undoubtedly happen again. Sure, long-term currency debasement is problematic, but what happens when a whole nation, government, and citizens, lose 50% of their buying power in less than 48 hours? This has never truly been tested before, so nobody knows, but it doesn’t sound good.

First El Salvador, Then the World?

Still, concerns aside, there is the potential here for a shift that affects a lot more than just El Salvador, or even Latin America. There are numerous other nations on Earth that have economies built around remittances, are denominated in foreign fiat, or are subject to a variety of other international roadblocks. Everywhere from Asia, Africa, Europe, and more stand to gain from the ways that cryptocurrency redefines global commerce. Furthermore, the more nations that come on board, the more the benefits add up.

There will be pushback, of course, from financial regulators and bankers, defenders of the legacy system. However, again looking to El Salvador, we can see that there is no need to abandon the old ways, merely to expand upon them. Connecting the current payment rails to decentralized counterparts may stand to improve the functionality of both. Certainly, some of the older paradigms may need to fall away, such as middlemen taking a 20% cut, but the benefits to every individual stand to be so great that this should easily be worth it.

Ultimately, time will tell if El Salvador’s move will pay off. Odds seem to be in its favor, and other nations are already taking note. Barring a catastrophic disaster, it is probably just a matter of time before this practice begins to spread. When it does, it will really put the legacy financial world to a test. Does it embrace cryptocurrency into its existing flock, or will it instead prefer to go to war, and try to eliminate the new asset class altogether? The coming years should be quite interesting, to say the least.

About The Author: Simon McLoughlin is President & Chief Operating Officer of Uphold, a digital money platform serving over seven million customers in more than 150 countries.