OPay raises US$400m in funding round led by SoftBank 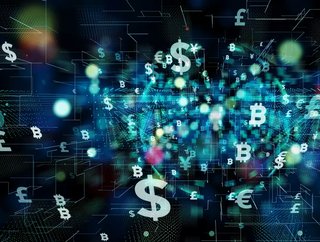 OPay, an African fintech, has secured $400 million in its latest funding round led by SoftBank Vision Fund 2, valuing it at $2 billion

OPay, an Africa-focused digital payment startup founded by a Chinese entrepreneur, has raised US$400 million, with SoftBank’s Vision Fund 2 among the new investors. The latest round of financing reportedly values the company at $2 billion.

OPay, which has 160 million active users in Africa, said it will use the capital to invest in African markets including Nigeria and Egypt, as well as Middle Eastern markets.

"We want to be the power that helps emerging markets reach a faster economic development," said Zhou Yahui, founder and chief executive of OPay, in the statement.

Founded in 2018, the platform offers various digital services including mobility and logistics, as well as e-commerce and fintech. The widespread adoption of its mobile money platform in Nigeria has seen the company grow. Earlier this year, OPay’s parent company Opera claimed that the platform had seen monthly transactions increase by 4.5% in the last year, reaching over $2 billion in December 2020.

According to Bloomberg, the company’s monthly transaction volumes have grown yet further, currently exceeding $3 billion per month.

The company claims to process around 80% of bank transfers among Nigerian mobile money operators, and 20% of the country’s non-merchant point of sales transfers.

New investors such as SoftBank, appear to have been motivated by OPay’s expansion into new markets, including Egypt.

“We believe our investment will help the company extend its offering to adjacent markets and replicate its successful business model in Egypt and other countries in the region,” said Kentaro Matsui, a SoftBank Group Corp. managing director and former managing partner at SoftBank Investment Advisers, which oversees Vision Fund and Vision Fund 2.

This is the third round of funding for the company, with OPay having previously raised around $170 million back in two rounds back 2019, primarily from Chinese investors keen to cash in on Africa’s increasing digitalisation.