Monzo teams up with Wise to improve international transfers 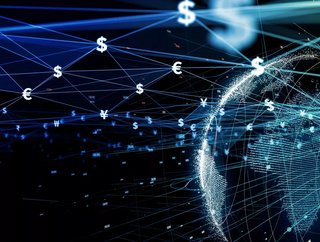 Monzo has created new changes to improve the process of sending money overseas, powered by Wise

Monzo has teamed up with Wise to give their customers a simple, cheap way to send money overseas, using the real exchange rate and with no hidden fees.

On average, you’ll spend 8x less to make international transfers than you would with high street banks, according to Monzo. Now you can clearly see what it’ll cost you, how much the recipient will get (in the foreign currency).

Monzo first partnered with Wise back in 2018 so Monzo customers could make use of low-cost, fast international bank transfers from inside the Monzo app, but now they have ‘made it even better.’

1.You can see what you’ll pay and how long it’ll take

This screen now comes earlier in the process so it is clear upfront about what you’ll pay. It’s got a new design, which shows the most important information in big, bold letters, how much you’ll send and how much the recipient will receive. The numbers also update in real-time, making it easier to try out different amounts quickly.

You can see your available balance at the top of the screen so you know what Monzo will deduct the transfer from, and you now have the option to change the currency you want your money to be sent in. 2. You can save payees details

Having to enter someone’s details every time you send them money is of course going to make the whole process take longer. Well, not anymore. Save someone as a ‘Wise payee’ and they’ll be there ready for you to use next time.

Before, you had to select ‘bank transfer’ and then over to ‘international transfer’. But now they have their own spot in the main set of actions on the Payments tab.

4. The option to download a PDF receipt once you’ve sent the money

There are lots of reasons why you might want a receipt for an international transfer. This wasn’t something you could do until now, and we think the experience is much better for it. “Monzo and Wise will always be on a mission to make money without borders work for everyone, and everything we do together will be in the service of that goal. It’s nice that it all can take place in one great-looking app.” Wise said on their blog.