Have digital banks turned the corner? 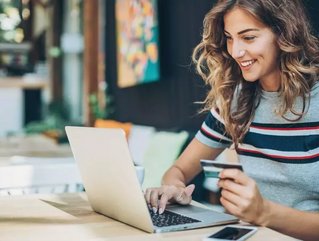 Mobile banking has come into its own under COVID-19, but fintechs must adapt to compete with the strengths of incumbent banks...

Last November, Starling Bank hit headlines with the announcement it would break even for the first time. What would be a commonplace piece of financial reporting in other sectors is a rare and in some respects unique milestone in the mobile banking sphere. Starling posted £800k in profit on revenue of £9m for October 2020, making it “the first of the new breed of digital banks to become profitable,” according to its founder, Anne Boden.

Industry commentators pointed to Tinkoff, the Russian digital bank founded by Oleg Tinkov, or China’s WeBank, as the actual first wave of neobanks to turn a profit. But Starling’s achievement remains noteworthy as an indicator of the sector at large: finally a big European mobile bank has entered the black, and in a year when incumbents were feeling the pinch.

In the same month, ING announced 1000 job cuts and the closure of consumer banks in several overseas markets. Simultaneously the Dutch banking giant boasted more than 213,000 new primary customers who were attracted by its digital offering, and a steady increase of 5% year-on-year in mobile interactions.

These contrasting examples are emblematic of the biggest shifts in consumer banking. The outbreak of COVID-19 is the proximate cause, forcing consumers to rely more heavily on digital interactions and ditch physical cash in favour of contactless payments. In its April 2020 study ‘Remaking banking customer experience in response to coronavirus’, McKinsey found that while only a third of US banking customers used a mobile app more than once a month, those that did had a higher customer satisfaction rate and average deposit.

But in truth, the tide was already beginning to turn.

Where incumbent banks benefit from perceptions of stability and trust, excel at offering broad services, access to deep wells of credit and regulator-approved lending, they also suffer from a systemic image problem: that they offer poor customer service and clunky processes.

In the third quarter of 2020, an influx of new account openings on mobile banking platforms hit some incumbents hard. “The reason for switching? Improved online banking facilities (47%), preferable mobile banking systems (39%) and better customer service (37%),” says Teodor Blidarus, Founder, Fintech OS. “These are all customer experience reasons - nothing to do with products or financial terms.”

The trend shows customers are placing a premium on convenience. They consider digital banks as intuitive and user-friendly portals for handling payments, deposits and withdrawals, and other quotidian personal finance tasks. Neobanks segue neatly into our ever more digital day-to-day lives, but they are still playing catch up when it comes to mortgages and other major finance functions.

This is most evident in millenials, the former catch-all for young ‘digital natives’ who are now raising families, purchasing property, and heading towards the upper brackets of their earnings potential. While these customers, aged 25-40, were among the first adopters of mobile banking, they grew up in a world of bricks-and-mortar retail and branch-based, physical banking. In short, Aman Behzad, Managing Partner at Royal Park Partners, argues they “have extensive first-hand experience of what works well and what does not in their existing banking set up” and operate in both worlds, tapping through their daily outgoings on apps, while turning to trusted, traditional financial institutions for their mortgages or other large lending.

Gen-Z customers (those born in the mid-90s to early 2010s) are yet to truly enter financial independence en masse. Early indicators, however, show they are more firmly digitally-oriented than older generations, placing great value on “speed, convenience and cost - but more importantly brand identity,” says Behzad.

Already a growing number of fintech ventures are springing up to chaperone them. Step, the US mobile banking platform launched amid the COVID-19 outbreak, has set its sights on increasing financial literacy among teens. Its digital platform offers fee-free FDIC insured accounts, Visa-backed cards, along with a suite of educational tools and trackers for teenage users to learn more about where they spend and where they could save. Step says its users save an average of the three times the amount they spend.

The future of mobile banking

Though mobile platforms have done well to attract new users and fill the gaps in modern-day financial mobility, Elliott Limb, Chief Customer Officer of SaaS cloud banking firm Mambu, believes digital banks must now focus their efforts on a return to the personal services a local bank manager once offered.

Up until now they have focused on “convenience, increasing competition and making the mobile customer experience the key differentiator,” he says, and while they have “benefited customers in many ways, in some instances it has placed the emphasis away from the customer-centric model which once defined banking.”

"We will see a return to relationship banking in 2021 as a priority, but now combined with the convenience and benefits offered by digital banking,” Limb adds. “It’s a delicate balance, but employing the right technology will be critical for banks to deal with customers in the right way, according to their expectations.”

Behzad agrees, and believes “the digital banking space is not slowing down any time soon. There is a multi-decade change taking place, all the while the world also continues to change and evolve at breakneck speed, so there is no slowdown in sight, at least not until late into the 2030s.”

“To continue this growth in the future, digital banks and payment providers must build their trust with consumers. Currently, incumbent banks are considered more trustworthy, hence they remain the go to for credits such as mortgages. Digital banks need to establish themselves as the go-to for all financial needs.”