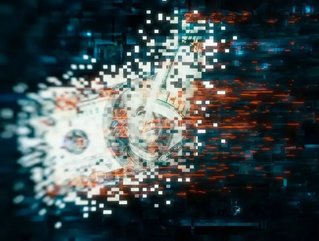 As valuation of Bitcoin soars to record highs, and big players such as PayPal make their first steps into the market, cryptocurrency has come of age...

To chart the trajectory of cryptocurrencies over the past three months, and have accurate information for you to read once this issue of Fintech Magazine reaches your device, is an impossible task. No sooner than Bitcoin, the world’s highest priced and most traded cryptocurrency, surges beyond a new record valuation, it slumps, rallies, and climbs to new heights. Even the news sites dedicated to cryptocurrency values, initial coin offerings (ICOs) and developments in the crypto startup sector have a hard time keeping pace. Swelling numbers of self-styled crypto-influencers take to their social media channels to warn their followers of a coming slump, only for Bitcoin to tick upwards once more.

From a high watermark of $19,783 in 2017, Bitcoin languished in the intervening years at the low thousand dollar range. But in mid-November, it left that valuation in the shade, topping out this January at a new record high of $41,973 - and yet to dip below $34,000. Other altcoins, such as Etherum, saw similar levels of bullish growth on the back of the headline-grabbing BTC activity, while Elon Musk, the world’s richest man, tweeted his approval of the asset. Tracking hourly trading candles, then, isn’t necessary to see the bigger picture: digital assets have matured beyond obscurity, through frothy curiosity and into the realm of true financial opportunity. 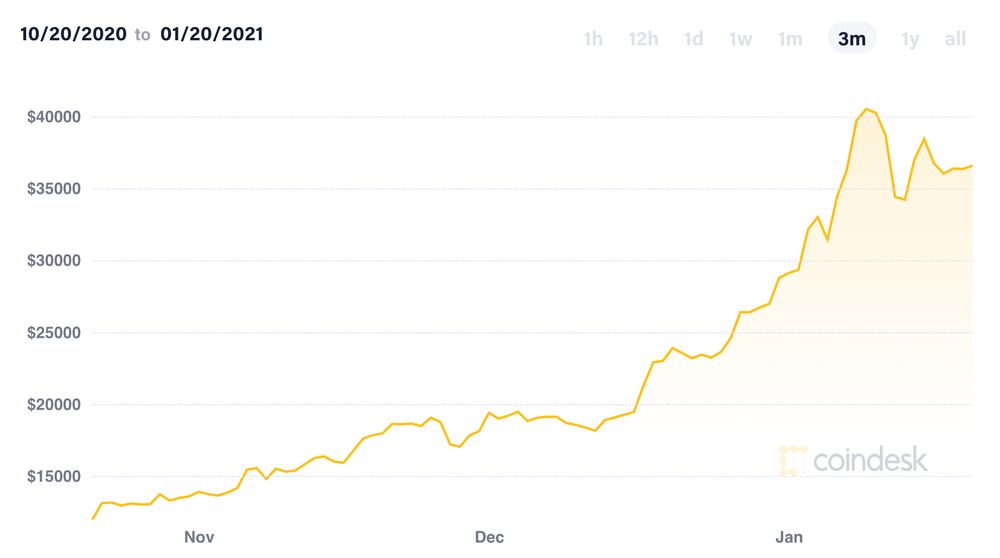 From a consumer perspective, that opportunity seems endless - in part driven by marketing campaigns promising attractive, if in some cases quixotic, potential returns. The grand vision of many crypto evangelists is a democratisation of wealth management, platforms built by plucky startups and passionate visionaries, of borderless global transactions, and greater individual financial control away from the governance of central banks and institutional regulation. In reality, however, the line between digital-native, tokenised finance, and incumbent banks and institutes are beginning to blur.

Cryptocurrency has proved fertile ground for fintech startups, inspiring competition in everything from wallets for storing digital assets, and exchanges for trading and swapping coin pairs, to new channels for consumers and enterprises to realise value from their virtual coins in the ‘real world’. It’s here, creating meaningful utility and streamlined processes to ‘cash out’ from the enclosed ecosystems, where the biggest future developments lie - and where crypto collides with the big players of world finance.

Take Estonia: the Baltic nation once welcomed foreign crypto startups with open arms, offering easily accessible operating licences and the ability to legally headquarter a business within its borders through a ‘digital license’. Last year, however, it stripped more than 1000 crypto firms of their licenses over growing concerns surround money laundering. Around 400 crypto firms remain after the cull, but they face a tough year ahead. Veiko Tali, Secretary General of the Estonian Ministry of Finance, and Deputy Head of the government’s Anti-Money Laundering Commission, said: “A number of important regulatory changes are planned for the services of virtual currencies in order to further regulate the field.”

On the reverse side of the coin, PayPal signalled its entry into the crypto market in late 2020. In the US, users will soon be able to buy, sell and hold cryptocurrencies within their existing accounts, a move analysts predict will be a milestone for opening the market up to the mainstream. Sophie Guibaud, Chief Growth Officer, OpenPayd says PayPal’s new functionality “could be a major step towards mass adoption among consumers”, a trend that was already picking up steam under the coronavirus pandemic, as interest rates in traditional channels virtually dried up.

Fintechs were more than happy to meet demand. “COVID-19 drove significant disruption in the asset management industry,” says Simon Jones, Chief Customer Officer, ClearBank. “On one hand customers pursued emerging asset classes like crypto in the pursuit of returns as interest rates remain low. And on the other hand, they gravitated towards digital native offerings that offered better functionality and transparency than analogue rivals.” Jones believes incumbents will fight back in 2021, “as existing asset management and investment platforms reinvent themselves to deliver a much more mobile-centric, real-time investment process that rivals the digital natives”.

The coming 12 months may play as big a role in the future success of cryptocurrency as the past 12 years, the period since Bitcoin was first released. Coinbase, one of the world’s biggest exchanges, will pursue a public offering after filing with the SEC in late December. Gemini, the New York-based exchange founded by the Winklevoss twins, who famously tussled with Mark Zuckerberg in the early days of Facebook, may follow suit after confirming they were “definitely considering [going public]" in a recent interview. Either would be a landmark event, testing both the appetite for crypto firms in the broader market, and as a means for investors to bet on the digital exchanges without directly entering the system.

Collaboration between crypto firms and incumbent financial institutes will also shape the future landscape. Indeed, crypto exchange Kraken recently became the first US crypto company to secure a banking licence. “That could be far more important,” Guibard says, than merely wider adoption from consumers: the implication being that closer ties to traditional fiat currency will remove the barriers of the somewhat obfuscated closed loop of digital trades and limited payment options.

“The cryptocurrency space is no longer just about what’s happening on the exchanges,” Guibard continues. “Instead, the leaders are going upstream—gaining access to federal banking infrastructure and building out new payments and accounts products that will help them address much broader markets.

“Not every exchange wants to be a bank, so we’ll see exchanges and other crypto companies making more use of Banking as a Service (BaaS) integrations to build better products and customer experiences, with a particular focus on fiat on- and off-ramps and wallet management.”