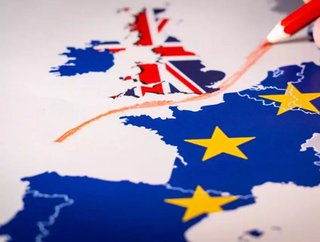 Late September brought the news that Lloyds and Barclays would be closing EU-based UK expat accounts owing to the end of ‘passporting...

Late September brought the news that Lloyds and Barclays would be closing EU-based UK expat accounts owing to the end of ‘passporting’.

The development raised the possibility that neobanks and fintechs could leverage their technology and popularity to meet this ‘gap’ in the market.

“The potential for a no-deal Brexit has led major UK banks to close the accounts of British expats in the EU. According to the financial community, it’s uncertain if corporate accounts will also be closed; it is highly likely that the decision will be a country-by-country and bank-by-bank approach.

“For those EU businesses confronted with the closure of their UK bank accounts, they will incur much higher costs when receiving payments in EUR, since payments could be incorporated into international payments pricing models.”

A watershed moment for fintech

The issue is compounded by announcements made earlier in February by leading digital bank N26, which stated it would be withdrawing from the UK market due to the limitations of its European banking license.

Clearly, if consumers and businesses on both sides of the issue are to emerge from Brexit successfully, an innovative finance solution will need to present itself. This opinion is shared by Dusoulier.

“A service that can facilitate cross-border payments is an attractive option. Businesses can easily open a GBP account to receive GBP payments from their British customers, receive intracompany transfers from their UK subsidiaries and optimise their consolidated cash flow. At the same time, European businesses will be able to pay their suppliers in their own currency.

“Simply put, a cross-border payments solution can make it easier for companies to send and receive international payments without the need for a UK local bank account, while shielding themselves from political jousting and the possibility of a no-deal Brexit.”

With companies like iBanFirst and TransferWise already primed to solve the UK-EU financial disconnect, the conclusion of Brexit could be a watershed moment for both cross-border payments and fintech to solve problems seemingly insoluble via traditional infrastructure.