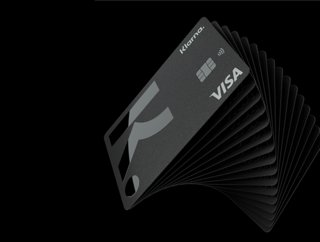 Buy Now Pay Later (BNPL) giant Klarna is launching a physical card in the UK that lets users delay payments on their purchases, both in-store and online

The Swedish Buy now pay later (BNPL) giant Klarna, has announced the launch of Klarna Card in the UK, a Visa card that lets users delay payments on their purchases, both in-store as well as online.

The Klarna Card has recently reached more than 800,000 consumers across Sweden and Germany, and the company has also announced plans to launch a card in the US.

The card launches with Klarna’s Pay in 30, which allows consumers to pay anytime up to 30 days after purchase, with plans to add additional payment options in the future. Klarna’s Pay Later products provide payment flexibility, no interest, and, in the case of Klarna, no late fees.

Giving consumers the control and transparency of BNPL to instore purchases

Founded in 2005, Klarna is one of the most highly valued private fintechs globally with a valuation of $45.6 billion.

In the UK, the Klarna Card will be made available progressively reaching all eligible consumers in the upcoming months; the card currently has a waitlist of 400,000 consumers in the UK showing strong demand for a new approach to credit.

Alex Marsh, Head of Klarna UK, says: "Consumers are rejecting credit products which charge double-digit interest rates while allowing repayments to be put off indefinitely. For online purchases where credit makes sense, buy now pay later has become the sustainable alternative with no interest and clear payment schedules. The launch of Klarna Card in the UK brings those benefits to the offline world, giving consumers the control and transparency of BNPL for all of their instore purchases.”

In October last year, the company launched ‘Pay Now’, which allows consumers to pay immediately and in full, wherever Klarna is available, with the same payment experience whether they choose to pay now or later.

Klarna has also strengthened affordability checks and checkout language, providing more ways for consumers to challenge complaints decisions on the occasion this becomes necessary and removed the last remaining late fees on its regulated financing product.

With over 5,000 employees and being active in 20 countries, the company has over 250,000 retail partners, including H&M, IKEA, Expedia Group, Samsung, ASOS, Peloton, Abercrombie & Fitch, Nike and AliExpress.

While BNPL may offer some consumers flexibility that can be helpful during hard financial times, there are downsides. If you miss a payment, many of the apps have late fees.

Jens Bader is CEO of Berlin-based payments business, Funanga, previously CCO at Paysafe Group and Secure Trading, said: “The Klarna card could become a dangerous piece of plastic. Buy Now Pay Later creates unhealthy customer behaviour and drives people into financial distress. This is the business model and I’m deeply concerned that the BNPL trend is making its way into day-to-day physical payments, as well as online purchases. This card will appeal to impulse-driven customers, people who want to buy things that they cannot really afford and probably do not need. It enables them to do so easily and immediately, with a single payment.

“Many BNPL users do not realise the schemes are a form of credit or debt. This means they are opting into a product under a false pretence. It begs the question as to whether these consumers are being misled. Customers could be credit checked when opting for a BNPL service, this means credit rating agencies (such as Schufa in Germany) would frequently be checking on customer’s credit worthiness. Every check that influences the algorithm leaves a mark on the customer’s file. Most people are completely unaware and I believe many people would stay away from such services if they knew that they entered into a debt service.”