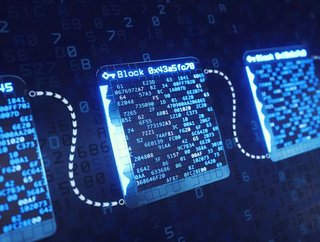 Sankar Krishan, EVP and Industry Head at Banking and Capital Markets at Capgemini, answers our queries on the ultimate democratised finance technology

Blockchain is swiftly becoming the go-to solution for DeFi. Its reputation as a system so secure that it is bringing cryptocurrency into the mainstream marketplace, is not unfounded. But does the buck stop here? Or are better solutions on the horizon. We spoke to Sankar Krishan, EVP and Industry Head at Banking and Capital Markets at Capgemini about the latest developments in blockchain, and which alternatives could be emerging.

Q: Blockchain is becoming the go-to solution for digital payments. How will this affect centralised, mainstream providers?

Blockchain has emerged to become the better-trusted network for digital payments, for a variety of reasons. In particular, many of the key informational elements of payments, such as the remitter data, routing, and amount, can all be safely stored within the network – providing greater security, transparency, and traceability. Moreover, the assistance of automation significantly reduces the amount of paperwork needed for such transactions, which ultimately makes it the preferred channel for payments.

As a response to this growing solution, several mainstream providers are now exploring blockchain rails for their traditional payments business and are investing in several crypto-native payments platforms to synergistically enhance their value proposition.

Q: In light of the recent Poly Network hack, how safe is blockchain, and what are its vulnerabilities?

Since digital payments were first introduced, cybersecurity teams and hackers around the world have been fighting against one another, which is only expected to continue. The recent Poly Network hack has arguably exposed vulnerabilities in blockchain security which are now being fixed. While cryptocurrency, by definition, has no FDIC type of insurance, it is possible that crypto will have greater protection in the future with the introduction of further regulation.

Given that there are many types of blockchain protocols, it is extremely important to understand what the security protocols are for a security breach. While there are initiatives like cloudsecurityalliance.org, which publishes a detailed list of blockchain weaknesses, it is safe to assume that given the growth of payments on blockchain networks the vulnerabilities are high. But that is only because of the growing pains these networks are facing in their early days.

Q: What guarantees are there right now that customer assets can be protected when they use blockchain?

I am not aware of any guarantees for crypto assets but flat payments on a bank‘s blockchain network are secured by the same laws as those governing deposits – as is the case with stable coins.

Q: What needs to be done to ensure better security in blockchain technology?

It is important to make the distinction between blockchain technology and cryptos. Blockchain technology is highly secure as all parties in a network verify that the transaction has been executed legitimately. The consensus and protocols inside the network help increase security and ensure seamless processing using cryptography, a secure distributed decentralised ledger, and consensus protocols on what actually happened.  As the technology becomes more mainstream, we will see better security as hackers attempt to trick a node or take nodes offline. While there may be some vulnerabilities within the inter-operations between multiple blockchains, the good news is that security is progressively getting better.

Q: Are there better, decentralised alternatives to blockchain

There are several industry initiatives like R3 Corda that use a peer-to-peer model for creating transactions and other DLT technologies, like Hashgraph, Iota Tangle, and so on. Traditional big tech companies also have used distributed databases that can operate without a blockchain.

Q: What trends will we see emerging in this area in 2022?

We will see significant growth in use cases from a banking perspective. Areas such as payments, clearing and settlement, trade finance, and lending are all set to significantly increase using DLT. Given that smart contracts, such as KYC/AML, are all on the blockchain today we should expect to see significant growth of transactions in all areas of capital markets and banking in 2022 and beyond.

Sankar Krishnan is the Executive Vice President at Capgemini, Industry Head, Banking & Capital Markets. He has more than 15 years experience in the financial sector and previously held roles at Price Waterhouse, Citigroup and Standard Chartered Bank. He is based in New York.