BIS study: Crypto ownership not linked with distrust in fiat 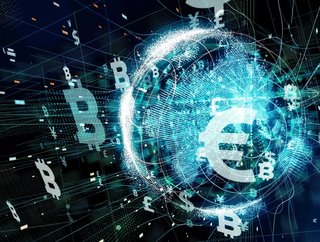 Crypto investment in the US is not driven by a distrust of the mainstream financial industry, but by the chance of making a return, according to the BIS

The Bank for International Settlements (BIS), a global financial institution owned by central banks, recently published a paper on the socioeconomic drivers of cryptocurrency investments in the United States.

Using data from the U.S. Survey of Consumer Payment Choice, BIS argued distrust in fiat currencies such as the U.S. dollar has nothing to do with investor motivation to hold cryptocurrencies like Bitcoin (BTC), stating:

“Demand for cryptocurrencies is not driven by distrust in cash or the financial industry, given that there are no differences in the perceived security of cash and offline and online banking. We can thus preliminarily disprove the hypothesis that cryptocurrencies are sought as an alternative to fiat currencies or regulated finance.”

BIS noted that from a policy perspective, the overall takeaway of the analysis is that investors’ objectives are the “same as those for other asset classes, so should be the regulation.”

It was found that crypto owners are more likely to find cash and traditional banking services less convenient, though that doesn’t apply to online banking.

A higher level of education increases the likelihood of owning crypto, BIS found. The paper also outlines major correlations between crypto investment choices and the level of education and income, suggesting that cryptocurrency owners are “generally more educated than the average.” Ether and XRP investors showed the highest education level in the BIS’ analysis, while those owning Litecoin were the least educated, with Bitcoin owners ranking in the middle.

The new report shows that cryptocurrencies like Bitcoin pose no threat to traditional finance tools, as crypto demand is not driven by distrust in cash. A number of global authorities and institutions previously expressed concerns about Bitcoin’s ability to capitalise on global distrust in traditional finance.

In late December, Morgan Stanley Investment’s Ruchir Sharma argued that the U.S. dollar’s reign will likely end due to global distrust in traditional finance, while Bitcoin would capitalise on the lack of confidence.