10 things everyone should know about cryptocurrency 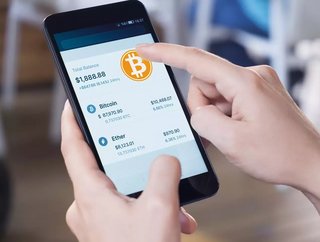 A new study by Appino shows that 36% of people who invest in cryptocurrency, don't understand the concept or the marketplace

A new study by the market research body, Appinio has revealed that despite more than two million Brits investing in cryptocurrencies, over a third of those British investors admit to not fully understanding how cryptocurrencies work.

The survey, which was conducted by Appinio, the global market research platform, and FINTECH Circle, a leading global fintech community, discovered that 36% of those who have invested in cryptocurrency only roughly understand the concept and only one in four (25%) feel able to easily explain it to other people.

Diversity is also an issue in crypto investment, as data showed the space is overwhelmingly dominated by men, with just 21% of women taking the plunge with cryptocurrency investing.

So, we posed 10 essential cryptocurrency questions to Jacqueline Junke, UK Market Lead at Appinio, in an attempt to demystify cryptocurrency and throw light on the digital currencies market and its terms.

1# What exactly is a cryptocurrency and why is everyone talking about it?

A cryptocurrency is a virtual system of money that can be exchanged and traded for goods and services in the same way that traditional currency like the US dollar and GBP can be, and it’s all done online. The first cryptocurrency, Bitcoin, was introduced over a decade ago. Since then alternative coins (alt coins) like Dogecoin and Etherium have gained popularity.

While traditional currencies fluctuate due to factors such as a country's economic performance, the outlook for inflation, interest rate differentials, cryptocurrencies are dictated by consumer confidence and demand and supply from large holders of cryptocurrencies. This means that crypto can rapidly change the value, with coins falling from thousands of pounds to a fraction of a penny in a few days.

Cryptocurrencies have been growing ever-more popular in recent years, and this is supported by a recent study by Appinio and FINTECH Circle which found that in the UK, cryptocurrencies now rank as the third most popular investment choice behind ISAs and individual equity/shares, as 26% of those surveyed now invest in some form of crypto.

Most vendors will not accept Bitcoin as payment, and despite there being some crypto-friendly auto-dealers who will sell you a car in exchange for Bitcoin, it’s quite rare for people to pay for goods and services with it due to the volatility of its value. Recently, Tesla announced they would most likely be accepting Bitcoin as payment once it becomes more environmentally sustainable, and a number of other retailers like Amazon and Walmart have discussed plans to accept Bitcoin in the future.

The value of cryptocurrencies like Bitcoin and Dogecoin are influenced by unpredictable things like Elon Musk’s tweets and Reddit forums which makes them far less stable investments. Back in May 2011, buying one Bitcoin would have cost you $3.50; today the price of one Bitcoin stands at just over $33,000.

3# Crypto used to be associated with the dark web and nasty stuff - has everything changed now?

Some cryptocurrency transactions are protected by a secure encryption process, ensuring they’re safe. However, there are still significant risks associated. Bitcoin relies on passwords and your crypto wallet is not immune to theft. Furthermore, cryptocurrencies are decentralised, meaning it isn’t backed by any government authority so if a virtual currency fails, the government won’t step in to cover people’s losses.

Issues with cryptocurrencies could potentially stem from the general lack of understanding, as our data found that for 54% of Brits aged 16-24, family and friends are their main source of information when researching what to invest, which suggests there is a gap for a source of credible knowledge.

4# Elon Musk and Bitcoin - what's going on there - in a nutshell, please?

Elon Musk has investments in Bitcoin and he often tweets about it. Due to the volatility of his social media presence this usually prompts people to invest causing a spike in its value. In fact, our data found that in Britain, 31% of 18-24 year-olds say they use social platforms as their information source for crypto investing, which shows how influential the likes of Musk and other crypto influencers are.

5# Blockchain - what is it, who created it and why is it so popular?

Blockchains are where cryptocurrency digital transactions are verified and stored and were first conceptualised by a group called Satoshi Nakamoto. This is how people ensure that transactions are safe, so that people aren’t able to sell the same Bitcoin twice and so that sellers receive their money. Every time a transaction is recorded they are grouped together into blocks, forming a chain that builds over time to show the specific cryptocurrency’s transaction data over time.

Our data found that, due to the complexity of the processes behind crypto transactions, a staggering 36% of those who have invested in crypto say they only roughly understand the concept and just 1 in 4 feel able to easily explain it to other people.

6# What is cryptocurrency mining and why is it so bad for the environment?

Cryptocurrency mining is the process of creating new coins. This occurs when a ‘miner’ verifies the legitimacy of 1 megabyte-worth of Bitcoin transactions known as a ‘block’ and as a result, these ‘miners’ are rewarded with a number of Bitcoins.

However, miners don’t always get their reward. To verify transactions involves solving very complex mathematical problems and in order to receive their Bitcoin reward for verifying 1MB of transactions, they must be the first miner to solve the problem.

This process is very harmful to the environment due to the energy it consumes running the powerful computers needed for mining. Our data found that despite 62% of Brits saying that sustainability is very important to them, only 40% of those who invest in crypto say that sustainability is a priority. Furthermore, 42% of investors admit they don’t know how sustainable or socially responsible their portfolio is, showing that plenty of Brits are either unaware or not dissuaded by the negative environmental impact of mining.

7# What’s the difference between crypto coins like Bitcoin/Etherium and Non-fungible tokens?

Non-fungible tokens are digital assets, such as videos and artwork which can be bought and sold online, and people often use cryptocurrencies as payment.

NFTs have had a more recent rise in popularity than cryptocurrencies, and this is reflected in our data which found that 60% of investors in the UK say they have never heard of them, and just 4% own at least one NFT or have bid on one and feel comfortable explaining the concept to others. At the moment NFTs look set to remain as an alternative investment as over half of investors surveyed said it’s not something they’re looking to invest in at the moment.

8# There are so many different cryptocurrencies. How can you tell which ones are a ‘safe bet’ to invest in?

None are a safe bet. It’s important to see cryptocurrency investment as speculation and only speculate with money, one can lose in the worst-case scenario. Just this week, more than $90 million in cryptocurrency were stolen from retail investors after a top Japanese exchange got hacked, for example.

10# Could Crypto ever replace mainstream currencies like the pound or dollar?

No, this would be extremely unlikely as the volatility is too high to make it a good store of value and in the current landscape it’s too difficult to transact in crypto currencies.

With thanks to Jacqueline Junke, UK Market Lead at Appinio for answering all our questions.