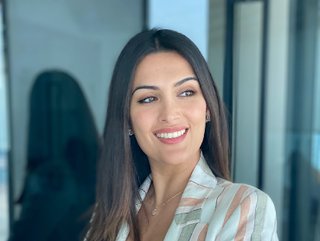 Nikita Sachdev is the founder and CEO of Luna PR and Luna VC. A crypto entreprenuer and investor, she describes her journey

As the founder and CEO of Luna PR and Luna VC, Nikita Sachdev is a keen crypto investor and marketer of all things fintech. The model and marketeer also describes herself as a serial entrepreneur and investor.

Sachdev, who is Indian-American and based in Dubai, found success on the international modelling circuit and dabbled with a career in Bollywood. But this was eclipsed by her passion for the crypto and blockchain space, when in 2017, she began working for the crypto giant, Huobi. This led her to launch her own fintech-focussed public relations and marketing agency. Today, she travels globally to speak at universities and conferences, such as University of Miami and Oxford University, to educate people on the potential of blockchain. We caught up with her to find out more.

Tell us about your company - what's the concept?

We began life as a PR and marketing agency focused on Web3, and have since continued our rapid growth through the addition of both a venture capital arm, and, most recently, a media arm. For those who don’t know what Web3 is, it is essentially the next iteration of the internet, centred around the concept of decentralisation and blockchain technology. This means that our focus across all aspects of our business includes NFTs, cryptocurrencies, and any other blockchain-based projects. We think of original go-to-market strategies and help the average user or trader understand these technical projects better. We hope to accelerate the global adoption of blockchain solutions.

What differentiates your idea from the rest of the marketplace?

There aren’t many Web3 PR and Marketing agencies out there, particularly with the capability to also talk financing, so we’re very in demand in our niche. We have been in the space since 2017 and we’ve worked hard to establish ourselves. We’ve worked with over 600 projects so far, including big names like eToro and Binance, which has already given us vast experience in what is a very young industry that is constantly evolving.

How did you get interested in the industry? What's your background and is there a story there?

Before I moved into cryptocurrency I was in advertising. In 2017 I was shooting a corporate video for a client; I was the host reading off a teleprompter, and it was all about cryptocurrency, blockchain, ICOs and so on. This seemed like a different language at the time, so when I asked the CEO to elaborate, he said “100 dollars in Bitcoin in 2009 would’ve made me a millionaire today”. I bought Bitcoin almost instantly there and then! I had no idea what I was doing when I first started, but when I started seeing returns on my investments, my interest grew further. I started studying blockchain, the technology that fundamentally underlies Bitcoin, and understood the power it had to increase transparency, trust, and efficiency globally. I truly believe that it can have a positive impact on virtually every industry, so I became an advocate for the technology across social media. In 2019, I started Luna PR because of my passion for this up-and-coming technology. My goal has always been to encourage mass adoption of blockchain technology around the world.

What's been your biggest challenge so far - and how are you overcoming it?

Our biggest challenge has been understanding which strategies will work best in an ever-evolving marketplace that often offers no time to catch a breath. This industry is so new, and nobody has really done what we are doing before. There’s no playbook, and we are creating the path while we are still on it. It proves a constant challenge to further our understanding as such a wide variety of technological advancements emerge on a daily basis. Despite this, working and living at the cutting-edge of modern technology is what keeps us excited and engaged.

As a woman working in the tech industry, what's your experience been so far?

My experience has been very positive. It’s definitely still a male-dominated space, however, since 2017, I have seen so many more women entering the space and showing an interest in technology. It’s great to see how welcoming the industry has been for everyone! Web3 sees no discrimination, and with a host of Decentralised Autonomous Organisations (DAOs) popping up devoted to promoting women in Web3, the industry is likely to become far more diverse in the future.

If you had advice for other young entrepreneurs thinking of entering the space, what would your advice to them be?

I would say just dive right in! You will find your feet. The technological aspects can be daunting sometimes, but, imagine if 10 years ago I told you that you’d be using your mobile phone to summon a taxi, or that you would be paying for goods and services via transactions validated through your biometrics. Everything is new at first! So do some research, open a crypto wallet and trade on an exchange (even if it’s just a token amount). Go into the metaverse and maybe buy an NFT from a marketplace - the best way to learn about how the technology works is through experiencing it as it develops.

How do you see the future of automation unfolding within the fintech industry?

Within the blockchain space, perhaps the most profound automated innovation is the concept of a “smart contract”. These are programs stored on a blockchain which automatically run when pre-defined conditions are met. By automating (“self-executing”) the code once these conditions are met, the need for trust between individuals is removed, and, with it, the need for intermediary third parties to mediate transactions. Imagine if, when buying a house, all the middlemen were removed and instead it was simply a transaction on a blockchain between buyer and seller – think of the time, money, and energy that this would save!

What are the future plans for Luna?

We are expanding LUNA PR steadily, and we have a strong advisory, PR, and marketing division. We work with individuals and projects at all stages of development, from early-stage start-ups to much more developed businesses like Binance and Huobi. Our goal is to be a one stop shop for Web2 projects looking to enter the Web3 space, or for Web3 projects looking to bring themselves to the mass market. Last year, we also launched our venture capital arm, lunavc.io, and have invested in approximately 20 Web3 related projects since our launch. The plan is to grow the number of projects we support rapidly. We are constantly looking into how to leverage our skillset, and I’m very excited about where we’ll be in five years.

Today, I am inspired by the power that blockchain technology has to change our society for the better. I can’t wait to see the unbanked become banked, and for secure cryptocurrency wallets to validate our identities rather than the current requirements of passports, ID cards, or insecure passwords in Web2. I’m also excited to see the inherent transparency of blockchain transactions help to mitigate financial corruption. Blockchain will be a key contributor to the fourth industrial revolution, and I am honoured to be part of it so early! 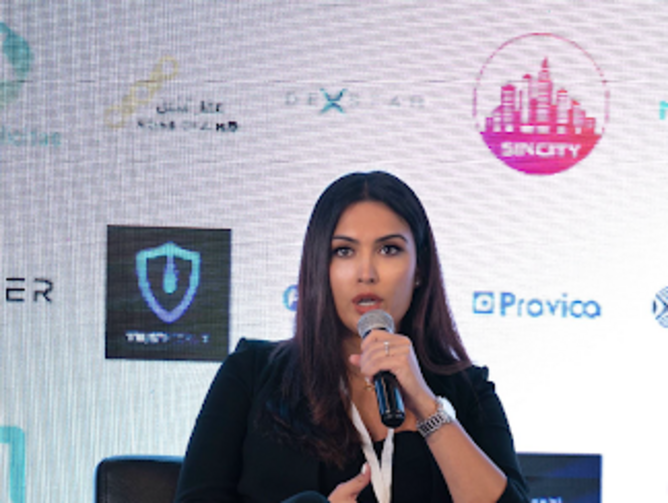