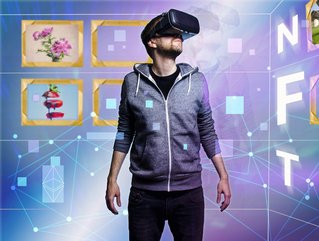 NFTs are a magical mystery tour when it comes to definitions. Their place in crypto and fintech is complex. We asked No Face for 10 must-know facts on NFTs

Is it an image? Is it a video? Or is it a music file? The answer? It could be all three and more - as well as a non-fungible token (NFT). With the launch of the metaverse, the use of non-fungible tokens only looks set to rise further. But what are they? What should you be aware of when looking to invest, and how can they be a cryptocurrency? We reached out to Goths GF - founded by HE Creative and 0xNoFace and - a new inclusive NFT space, hosted on blockchain platform Solana, aimed at those who can be marginalised in the traditional art sphere, for 10 must-know facts on NFTs. Read on to find out more. 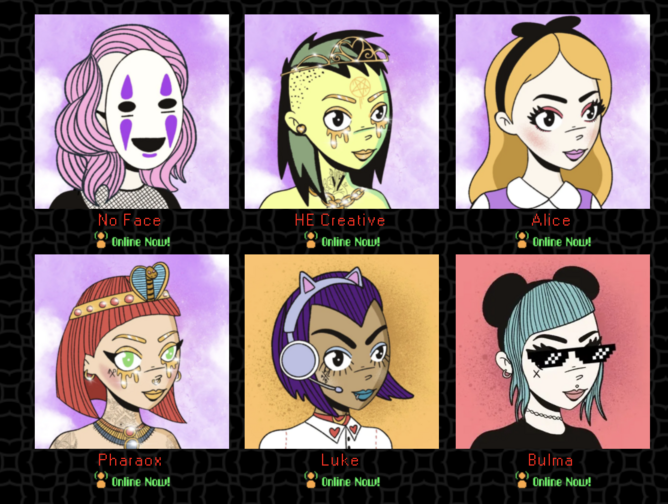 An NFT can store information inside it, like a cloud storage provider. The images stored inside are the visual representation of the data, which can also contain metadata like the properties of different collections. You can, in theory, store any file as an NFT. That includes video, music, ebooks, images, and more.

Non-fungible means that it can’t be copied and has a unique ID, as opposed to fungible tokens like ‘coins’ which all have the same properties and value. It doesn’t matter which specific bitcoin you have, they are all the same.

The usual token standards on Ethereum are ERC-721 which is a true non-fungible and ERC-1155s which are ‘semi-fungible’, meaning there can be several copies of an individual token. Other chains have different standards, Solana has SPL tokens and Tezos has Objkts.

Yeah, this is a biggie. Imagine if Damien Hirst got royalties every time one of his artworks changed hands. Well now he does with his NFT collection ‘The Currency’, which in addition to selling 10,000 NFTs for £2000 each initially (£20mn maths fans), has traded 16,800 ETH ($43mn) in secondary volume, of which Hirst receives 5%, forever.

This revenue for collections can even be returned back to holders of specific NFTs. While this may be in contravention of securities laws in some countries, the lack of regulation and jurisdiction issues mean that until specific regulation is written and enforced, NFT collectors can be earning a pretty penny just by holding their JPEGs.

There are many platforms that now allow for NFT staking, for borrowing and lending purposes. This is a popular concept in decentralised finance (DeFi) where people can carry out p2p loans through a trustless third party protocol.

Popular NFTs like CryptoPunks and Bored Apes have a market ‘floor price’ where the bids and asks meet and is where the least rare items in the collection gather. Usually the NFTs are valued by the protocol at this price and users can gain liquidity by taking loans against them. If the price of the NFT goes below the outstanding debt then it can be seized by the protocol as collateral.

They can also be staked with certain protocols like NFTX or Honey to earn yield.

5) NFTs can be affordable - or not

Bored Ape Yacht Club might be making headlines because of their celebrity collectors and eye-watering prices ($250,000 minimum at the time of writing), but there are many NFT collections that are affordable for average investors. Chains like Solana and Ethereum layer 2s like Arbitrum have very low transaction fees, unlike the average mainnet transaction that can be anywhere from $50-$1000 in busy periods.

Our collection, Goth Girlfriends, is specifically targeted at onboarding newcomers to the NFT space so we aimed our price point under $100 for that reason.

6) There are many (many) secondary marketplaces

You may have heard of OpenSea, the flagship marketplace on Ethereum (and expanding to other chains including Polygon), which has had $4.6bn traded in January alone. They take a 2.5% fee from every sale on their platform, so a cool $115m turnover in one month for a rapidly growing and new industry.

However, there are many other marketplaces across different blockchains. The latest big entrant to the space was LooksRare, which launched a vampire attack on OpenSea by giving an airdrop to OpenSea users based on their volume traded on the platform. The highest amount of tokens claimable was 10,000 which is currently worth over $40,000.

The Solana ecosystem is very separate from Ethereum and has its own marketplaces such as Magic Eden which has 230,000 monthly users and trades US$450m volume per month.

There are also more auction-specific platforms like Foundation and Zora which are catered towards direct artist sales rather than large collections. These operate more like traditional auctions with reserve prices and a bidding process.

7) They can be used as in-game assets, built on as virtual land, even be used as a mortgage contract

The term metaverse has been thrown about a lot recently, and while the definition is looser than just virtual reality, a lot of people have come to associate it with a virtual representation of the physical world.

A way to own a part of the metaverse is by buying a plot of digital land in a platform such as Decentraland or Sandbox. These work very similar to something like Second Life where users create an avatar, explore the world within and build on top of their land.

A more interactive version is blockchain gaming. Heroes in the game DeFi Kingdoms are NFTs that can be levelled up, used to summon more heroes, and sent on quests to earn items and tokens, which can then be sold or used in-game.

8) They aren’t ‘art’ (according to Wikipedia)

Wikipedia recently angered NFT collectors by not including recent sales by Beeple and Pak in the category of highest sales by a living artist, as they were considered technology rather than artwork. This led to a debate over whether an NFT is the artwork itself of the canvas on which it is created. Critics argue the art is separate, but collectors would say it is as intrinsic as the marble is to the Venus de Milo.

9) Not all NFTs are on Ethereum

NFTs exist on pretty much every blockchain. As mentioned before their formats differ but the basic principle is the same, a token that is unique and generally has some visual representation. The main NFT chains outside of the Ethereum network are Tezos which has the thriving marketplace Hicetnunc (Latin for here and now), Solana, which has the marketplaces Magic Eden and Solanart, and Harmony ONE which is primarily used for gaming, with the largest project being DeFi Kingdoms.

10) None of these platforms use mining

All of these chains use some kind of proof of stake consensus mechanism to secure the chain. Whereas proof of work uses complex mathematical problems as a security model, proof of stake relies on validators staking a certain amount of assets as their collateral against their validation of the transactions. The transactions are then verified across multiple validators to ensure consistency. If any validators have discrepancies against each other they are penalised by losing some of their staked assets. This requires far less energy than proof of work and is much more environmentally sustainable.

Goth Girlfriends are currently on tour with UK rock band Nova Twins and will no doubt continue to make a splash this summer across the alternative music scene.